Comprehensive DevOps with Kovair ALM and Jenkins Integration Through Omnibus

Achieving Comprehensive DevOps with Kovair ALM and Jenkins Integration Through Omnibus – Find Out How?

Today in the software-driven world, the shortest time to market is the key to success for any organization. Companies that are achieving this with faster and continuous deployments by maintaining good quality are the ones who are really tasting success. For achieving this, companies are adopting different tools and processes that help them in gaining complete visibility to the entire delivery lifecycle from start till end.
Application lifecycle management (ALM) was first introduced to enable businesses to make better decisions around software development and manage it efficiently over time. With this increasing need for faster time to market, organizations are now implementing DevOps for achieving the mechanism of continuous and faster delivery. DevOps integrates development and operations teams involved in software development to drive this faster pace of delivery. DevOps allows organizations to shorten their development cycles, detect and resolve defects faster with the help of higher engagement.
By integrating every aspect of ALM with DevOps, organizations can overcome the issues faced by the siloed nature of activities and bring a far more integrated approach to software development with better quality. In this paper, we have discussed how Kovair ALM which is a comprehensive ALM product, along with its integration with a popular CI/CD tool Jenkins gives a holistic view of the application delivery lifecycle and makes the DevOps implementation more comprehensive and cost effective for any organization. 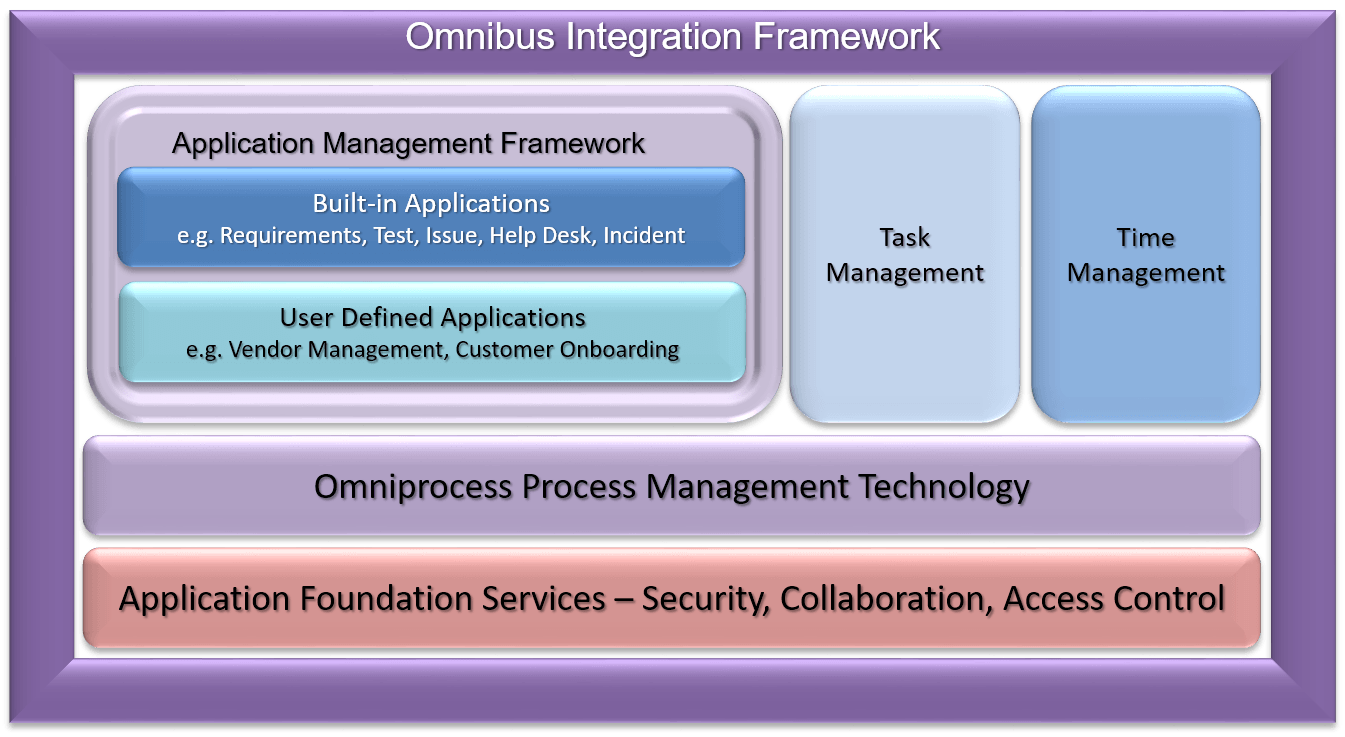 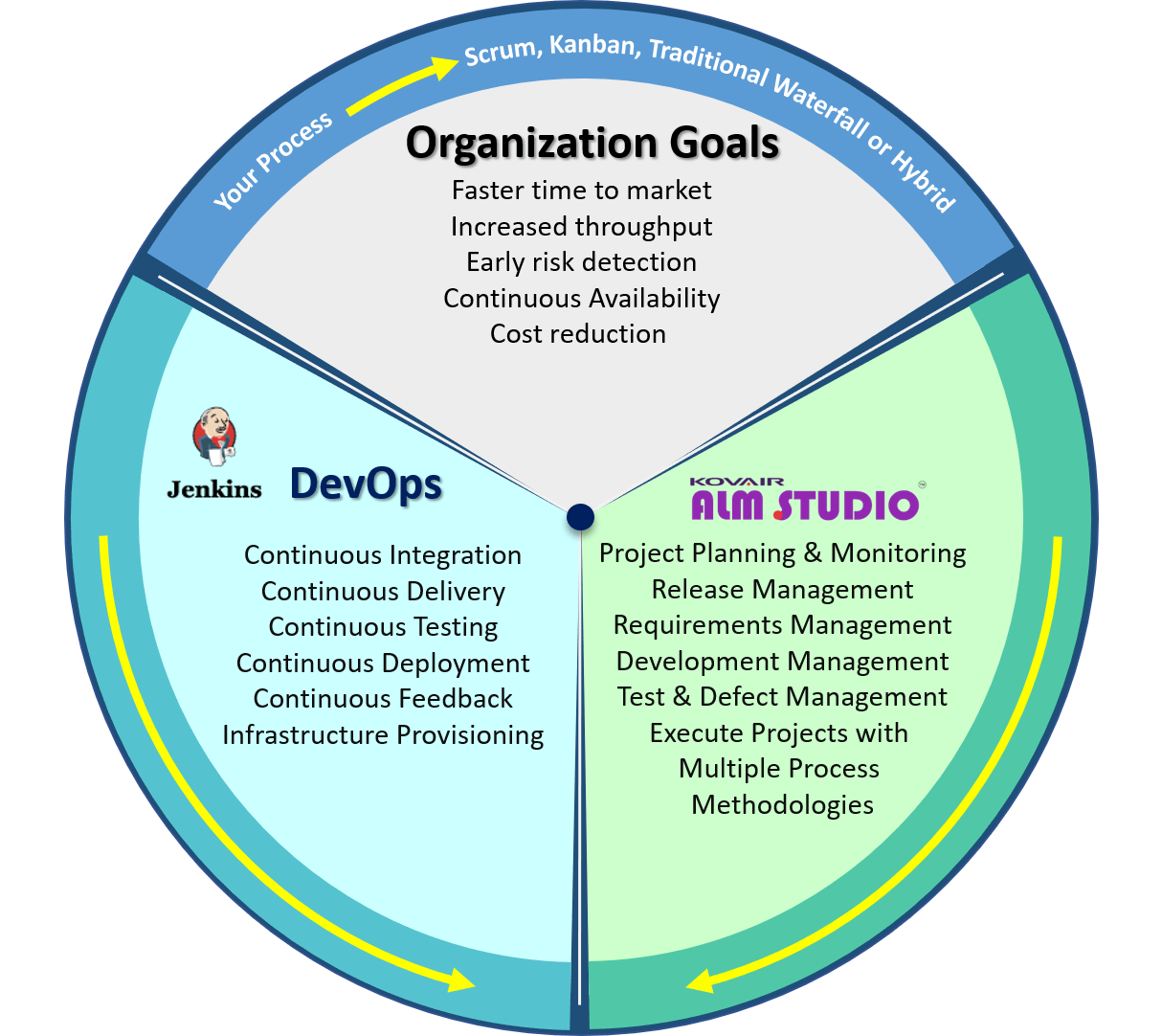 DevOps implementation got started with the simple definition of integrating Development (Dev) and Operations (Ops) teams thus providing them a common source of information. With the rising complexity of software and the need for faster delivery, the definition has evolved and now it is implemented by organizations with the idea of continuous delivery.
In the following sections, we will discuss how this automation of delivery can be achieved through Kovair Omnibus integration of Jenkins. It describes the details of what is a DevOps pipeline and how it can be created. It also discusses how the integration of Jenkins through Kovair Omnibus provides a centralized visibility of the entire development lifecycle.

Jenkins is one of the most popular Continuous Integration (CI) / Continuous Deployment (CD) tool for implementing DevOps. It is a build automation tool that helps to achieve continuous integration and continuous delivery. Jenkins is an open-source tool using which the entire process from code check-in to deployment including testing can be automated using plugins for different tools like Git, GitHub, Subversion, Chef, TestNG, JMeter just to name a few. This is done through Jenkins jobs that are created to automate each of these individual processes. With the Jenkins Pipeline, organizations can automatically run each of these processes in sequential order.

For the staging environment, users will need to create four different jobs — build, deployment, functional testing, and performance testing in sequential order based on which the execution process would be initiated.

The integration of Kovair ALM with Jenkins through Kovair Omnibus Jenkins Adapter brings in some inherent benefits as listed below:
Sample Scenario:
Below is a sample scenario which can be achieved through integration between Kovair ALM & Jenkins. The tools used in the scenario are sample tools: 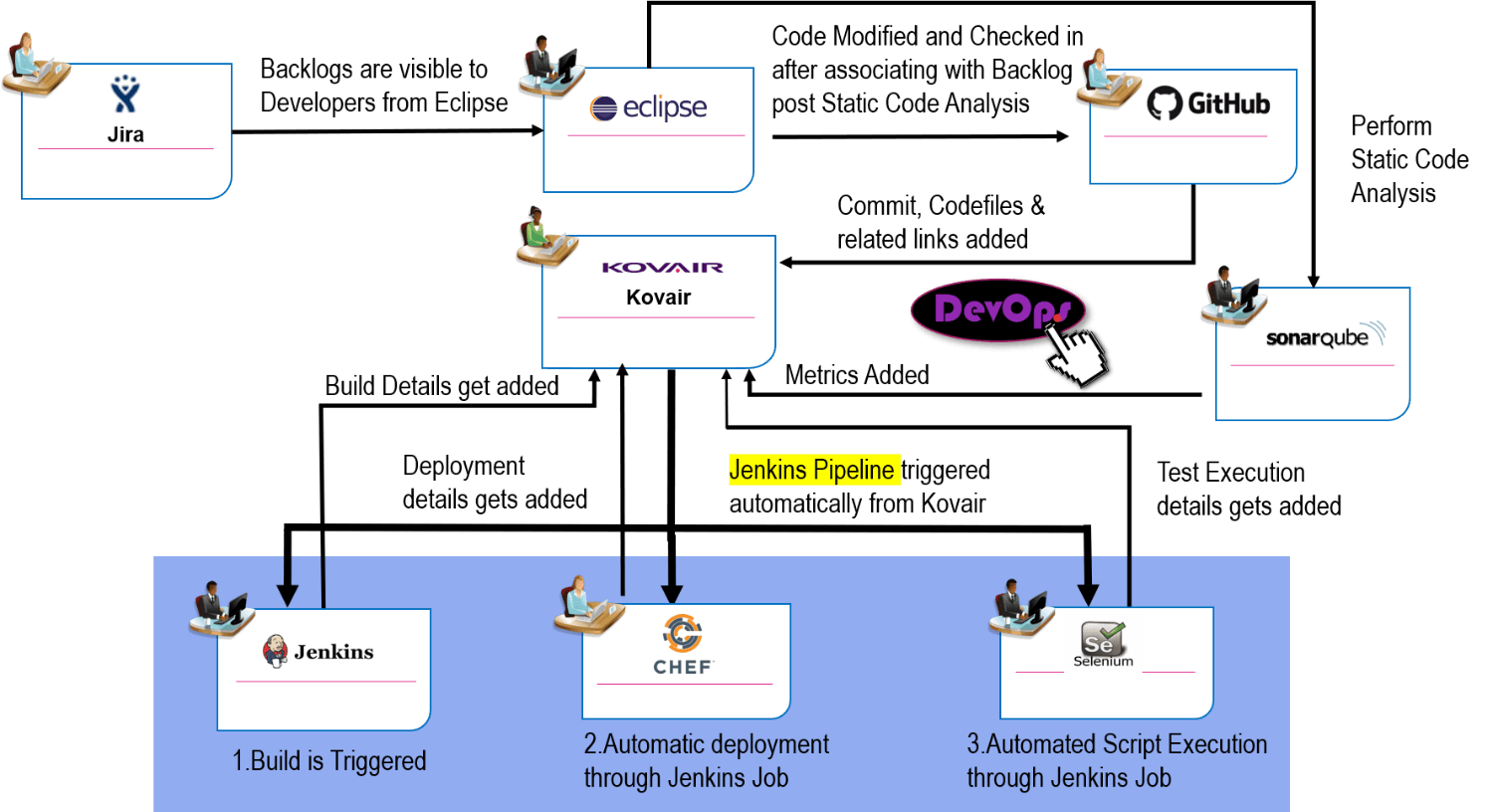 Kovair Jenkins Adapter also supports other features such as:
Once the integration is done between Jenkins and Kovair ALM through Kovair Omnibus, then all Jenkins pipelines get synced to Kovair. This allows users to invoke the execution of the pipeline with one single click from Kovair ALM Interface. Real-time execution results for successful and failed jobs residing in that pipeline can also be viewed from Kovair ALM.

Single Interface for All Jenkins Pipelines

Fig 6: Single Interface for all Pipelines

Kovair ALM brings in all reports generated by Jenkins during its pipeline execution and represents them graphically. This gives organizations a centralized visibility to the progress of the project including the phases covered under DevOps. For example, users can create reports such as build trends, average build time, build failure frequency to name a few. 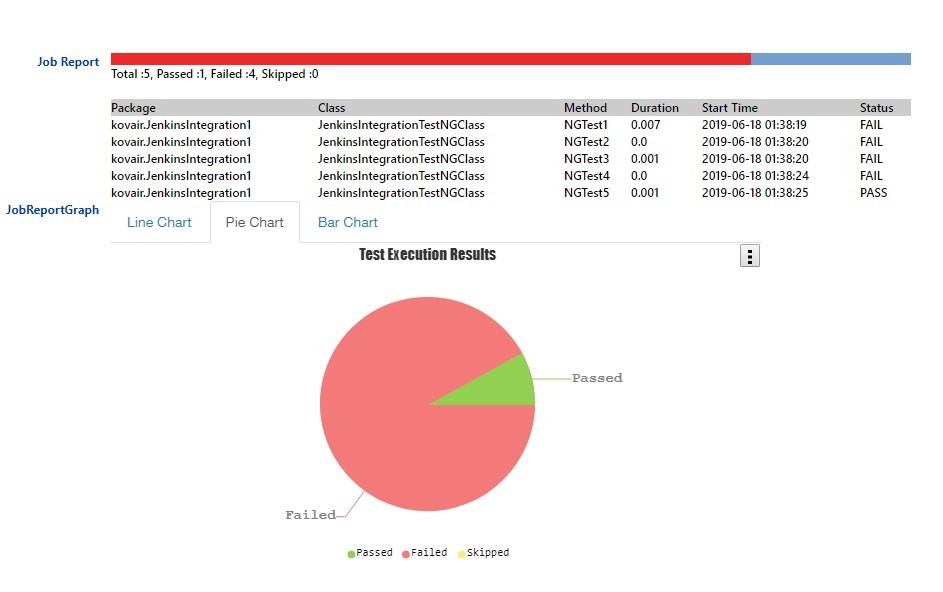 Kovair ALM in conjunction with Jenkins integrates every aspect of the application lifecycle, ALM through Kovair Omnibus. This helps organizations to go beyond the traditional DevOps concept, and help them to overcome the issues faced by the siloed nature of activities.

Some of the key business values gained through DevOps Integrated ALM

With the help of Kovair Omnibus enabled Jenkins Integration with Kovair ALM, organizations can achieve a comprehensive DevOps enabled ALM. Users can get real-time reports on the status of jobs and pipelines. Using the Kovair Jenkins adapter, users can trigger software build jobs as well as pipeline jobs inside Jenkins without having to visit the Jenkins tool. Users will also get real-time reports and dashboards with drill-down capabilities cutting across all phases of application lifecycle development including software test reports for both functional testing and performance testing. In short, this is a very easy and efficient way of implementing DevOps in any organization without too many changes to the processes being used and the culture in the Development Organization that is cited as a major cause of failure in adopting DevOps! The additional tools that are required are all open source tools and thus this implementation can also be a very low-cost value proposition.
Download eCopy

Please fill out the form below to the access the document.
This website uses cookies to provide a better user experience, personalize ads, and analyze our traffic. By clicking ‘Accept All’ or continuing to browse, you are consenting to the use of cookies. For more information about how we use cookies or to learn how you can disable cookies, read Privacy statement
Cookie SettingsAccept All
Manage consent

This website uses cookies to improve your experience while you navigate through the website. Out of these, the cookies that are categorized as necessary are stored on your browser as they are essential for the working of basic functionalities of the website. We also use third-party cookies that help us analyze and understand how you use this website. These cookies will be stored in your browser only with your consent. You also have the option to opt-out of these cookies. But opting out of some of these cookies may affect your browsing experience.
Necessary Always Enabled
Necessary cookies are absolutely essential for the website to function properly. These cookies ensure basic functionalities and security features of the website, anonymously.
Functional
Functional cookies help to perform certain functionalities like sharing the content of the website on social media platforms, collect feedbacks, and other third-party features.
Performance
Performance cookies are used to understand and analyze the key performance indexes of the website which helps in delivering a better user experience for the visitors.
Analytics
Analytical cookies are used to understand how visitors interact with the website. These cookies help provide information on metrics the number of visitors, bounce rate, traffic source, etc.
Advertisement
Advertisement cookies are used to provide visitors with relevant ads and marketing campaigns. These cookies track visitors across websites and collect information to provide customized ads.
Others
Other uncategorized cookies are those that are being analyzed and have not been classified into a category as yet.
SAVE & ACCEPT