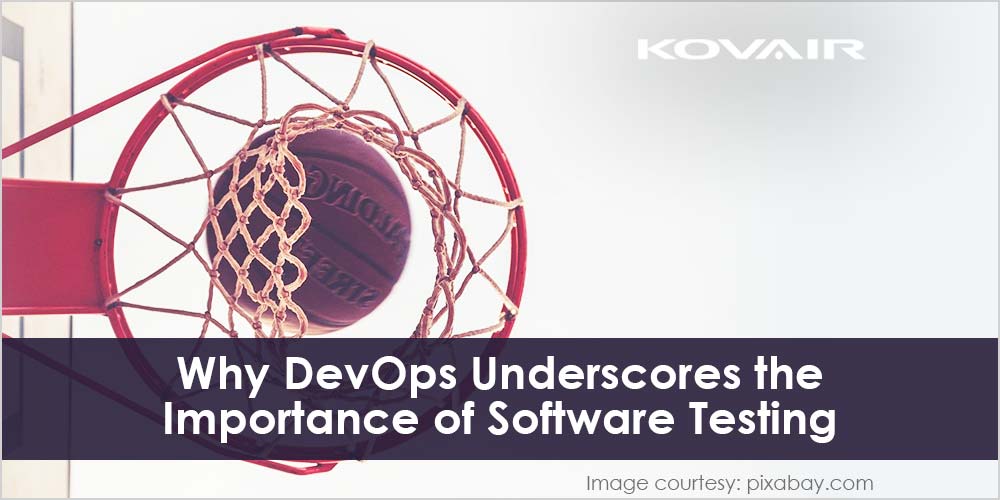 According to the latest studies, a wide array of business organizations are adopting DevOps on an immense scale and they have found a rise in the profitability of the business significantly. More than seven hundred ‘Technology Decision Makers’ across Australia, UK, and United States took participation in a survey. Out of them, almost fifty-one percent were familiar with DevOps and have implemented the same already whereas the rest thirty-five percent were planning to opt for the DevOps test practices in the future. DevOps have become an integral part of enhancing the return on investment of the business.

What is DevOps testing?

Certain differences exist between DevOps testing and agile testing. People who are working with agile testing might find a similarity while working with DevOps. Though the principles of Agile are applied in development and quality assurance successfully, DevOps play an integral role in rectifying the specific gap. DevOps is known to involve the continuous development in which the code is written and committed to version control after which it is developed, tested, deployed and installed in the production environment which can be consumed by the user. This process is useful for everyone in the whole chain since the processes and environments are standardizes. It provides the prerequisite freedom to the stakeholders for concentration the efforts on coding as well as designing a top quality of deliverable, instead of worrying about different operations, development and quality assurance processes.

The reasons for DevOps to underscore the importance of software testing

Owing to this, testing each latest change with regards to different aspects of the software becomes faster, simple and efficient. With the aid of a shared codebase, it is possible to detect certain bugs and errors in the product at the earliest stage and receive instantaneous feedback. Thus, it is possible to track the issue before it turns out to be a major problem. This kind of effective and faster troubleshooting ensures a reduction in failure rates and downtime.

There is a plethora of business organizations, offering software testing services which incorporate DevOps practices. As a single team is composed of cross-functional members who work in collaboration, the DevOps firms can deliver with immense functionality, with maximum speed, and innovation.

Some important benefits of DevOps

Tension exists between releasing new features and stability in a non-DevOps environment. The software development team is known to be measured on the specific updates which are delivered to the end-user; as the operation team measures the health of the software system. In a DevOps environment, the whole team is responsible for the delivery of stability and new features.

The combination of test-driven processes, continuous integration, shared codebase, and automated deploys helps in specifying the issues that exist in infrastructure, application code, and configuration. Problems will become less complicated as the changesets get smaller. The DevOps engineers will be exploiting the real-time data into the performance of the specific system for gaining an understanding of the effect of the application changes. Resolution times are known to be faster as the members of the team do not require waiting for a different team for fixing and troubleshooting the issue.

The benefits of application monitoring

DevOps is certainly the future. It is considered to be a ‘consistent improved cycle’ which is adopted by software development from time to time. You will be capable of enhancing the revenue of your business by choosing DevOps.

Why Care About DevOps When You Talk About Software Delivery Triangle
Bridging Bi-Modal IT, The next revolution: Agile Tools for Everything!