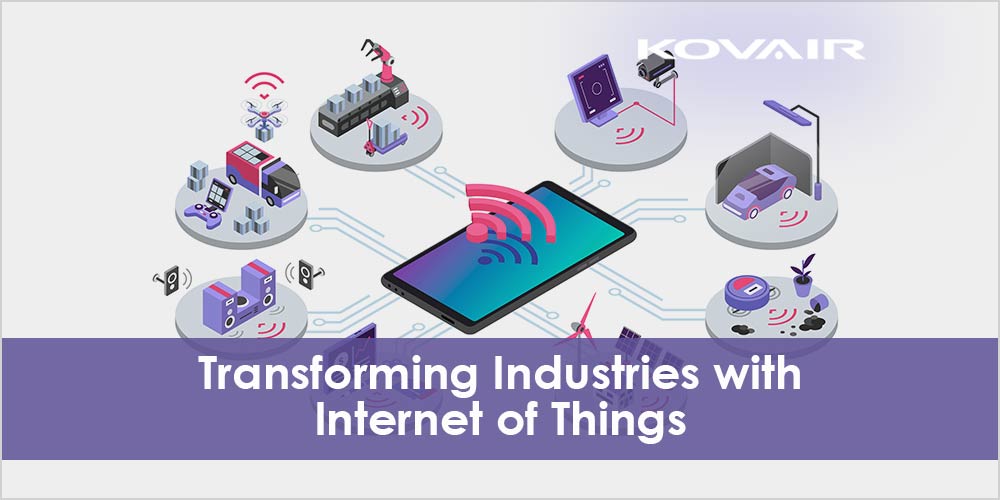 The internet of things has turned the scope of industries, renovating and reinventing everything that has been known to businesses in the past. From the need of personalized services by recruiting a large workforce, the vision has moved towards a machine-oriented infrastructure, capable of learning human capabilities. A decade ago, this was nothing but a fictional state of being, however, as futuristic as it may sound, it is the true reality of present times and it isn’t long before we’ll be walking into the matrix universe, outside the cinema halls.

Influencing almost every industry, affecting economies globally and leading enterprises onto the path of complete resuscitation, IoT applications have affected the manufacturing industry the most drastically, its growth is estimated to generate USD 1.2 to 3.7 trillion of economic value annually by 2025.

The evolution of industries and the use of high-end technologies has led us through four revolutions, affecting economies on a global scale. The industries have witnessed the shift from the Industrial Revolution to the Technological to the Digital and finally to the present-day Automation revolution.

Industry 4.0- The Automation Revolution is everything we expect an IoT-led transformation to be, the application of smart analytics, cloud computation, cyber and physical security mechanisms and artificial intelligence-based platforms.

This revolution has led major industries onto the path of automation, establishing an intelligent self- reliant structure that over a period of rigorous training can learn to perform operations that earlier were entirely under the spectrum of human operability.

While the past three revolutions took a long time to come into existence and accelerate the industry’s growth onto the next revolution; the tremendous speed with which the industries have been adopting automating mechanisms and management systems; one can foresee the technological advancement towards the next revolution, Industry 5.0.

Some basic principles of Industry 4.0

IoT-enabled management systems have been employed by a majority of big enterprises that are known to you and me. These businesses, having realized the efficiency that these technologies bring to their operations and the assistance they provide for their expansion; have not wasted any time in leveraging these IoT systems to connect their devices and multiple sites with one another. These have allowed IoT-based computerized systems to collect, store, analyze and utilize the data without any human intervention.

One major aspect of present-day IoT-fuelled infrastructure is its basic requirement of existence, acting as managerial officers, undertaking major tasks of the enterprise, automating them, reducing time and effort spent on routine tasks by employees and marginally decreasing the error bracket of the organization. These systems have taken over the mundane tasks that take up a substantial part of a worker’s day while adding no value to their contribution.

The application of IoT-based systems has provided users with a centralized station for all their data storage requirements; equipping them with a unified platform dashboard that can be used to access any of their sites or apply any of the system’s functions to any corresponding edge device. At the same time, the system enables different sites and devices installed at those sites to act as independent entities, applying their own set of functions and collecting their own independent data, able enough to deduce their own operational insights.

The internet of things has become an integral part of the industrial scenario globally, more so in developed countries than developing. But irrespective of the socio-economic state, all industries have realized the importance of incorporating artificial intelligence and the internet of things in their enterprises for the establishment of a stably structured and expansive industry.

The security threats faced by enterprises, too, have witnessed evolution over the past decade, making the old school surveillance systems incapable of providing top-notch security to facilities. IoT-enabled surveillance systems, equipped with smart devices, secure network and gateways, and cloud platforms providing real-time storage and live streaming abilities; the journey of data from site to platform has been made easier, swifter and more secure.

The intelligent sensors and cameras recording the data are also able to analyze their environment; providing the user with only useful and critical data. Rather than providing the footage of an entire day, the system can detect if any unauthorized activity is taking place, sending the snapshots and footage of that period alone, saving the user time and effort in looking through the entire day’s data to reach the required time frame.

Industry 4.0 established an environment of complete visibility over the actions and operations taking place in a facility and of the data stored over the cloud. Authorized users, after being logged onto the network, can easily access their sites, monitor the processes and employee performance, receive real-time notifications in case of any deviations in performance or unauthorized activity; even receiving alerts regarding downtime of devices connected to the surveillance system.

One major issue that had been voiced by business owners in the past is that of the restrictions of a maintenance and management system. The IoT-led industrial revolution of the 20th century has been able to put businesses and enterprises at ease. The AI and IoT-based systems employed these days are scalable, capable of taking on a number of different devices, depending on the surveillance requirements of the enterprise. That is to say, that a small business with 3 IP cameras and a motion detection sensor attached to a cloud-based surveillance system can expand the same security system to handle 20 cameras and different automation and maintenance mechanisms.

Not only has the security surveillance solutions transformed in terms of the technological advancement in the form of smart self-analytic sensors but also in terms of how far the security infrastructure can go, supporting a business’s expansion. The present-day solutions are not only capable of expanding but also being personalized according to the business requirement. While a manufacturing facility might be inclined towards a system that enables it to maintain and control the right temperature and humidity levels of the unit; a banking facility might lean towards a structure equipped with vibration, motion and glass break sensors.

Irrespective of the decade, every industry’s success is primarily dependent on how the public perceives it. In other words, customer experience and satisfaction can either make or break an industry. With today’s ‘a click away’ online reviews that can be read by anyone, from anywhere; businesses have to be extra careful about what they provide to their customers and how quickly they evolve with the change in the needs and demands of their target audience. The IoT-enabled services allow employers to review customer demand patterns and take relative steps. A retail facility, on the basis of how many products of a certain kind are bought on a daily basis, or which customer prefers what sort of commodities (basis they are logged onto the store’s app or have allowed the store’s notifications to come through), the facility can keep up with the demands of the customers and send personalized deals and offers to optimize sales.

Change in technology has brought along a monumental surge of digitization, not just in our businesses but also in our lifestyles. Industries, going beyond the restrictions of their geographies, have come together in their need for advancement and progress, being aided by the enrolment of new AI and IoT-based technologies. These, having allowed businesses and facilities to automate their processes while deducing intellectual insights and increasing physical and cybersecurity; have established the basis for technological advancements that are expected to dominate the industries for the next decade or so. 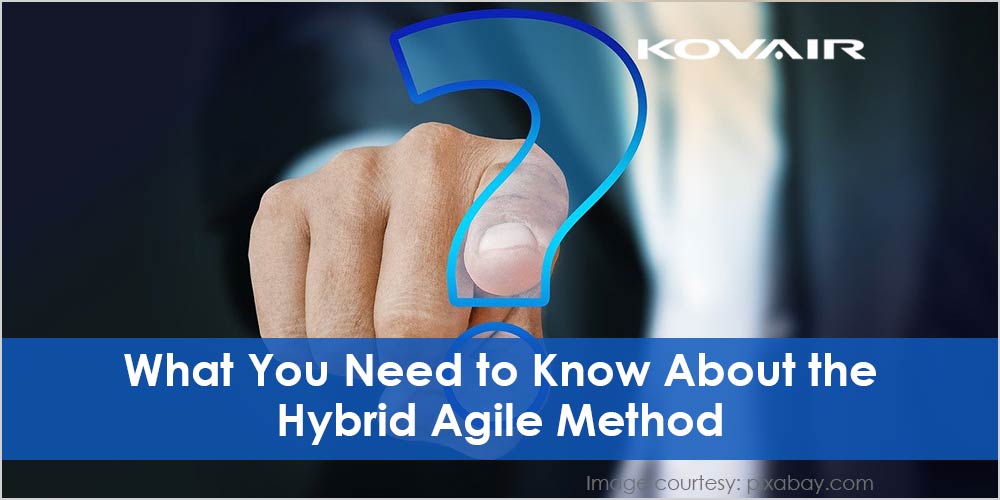 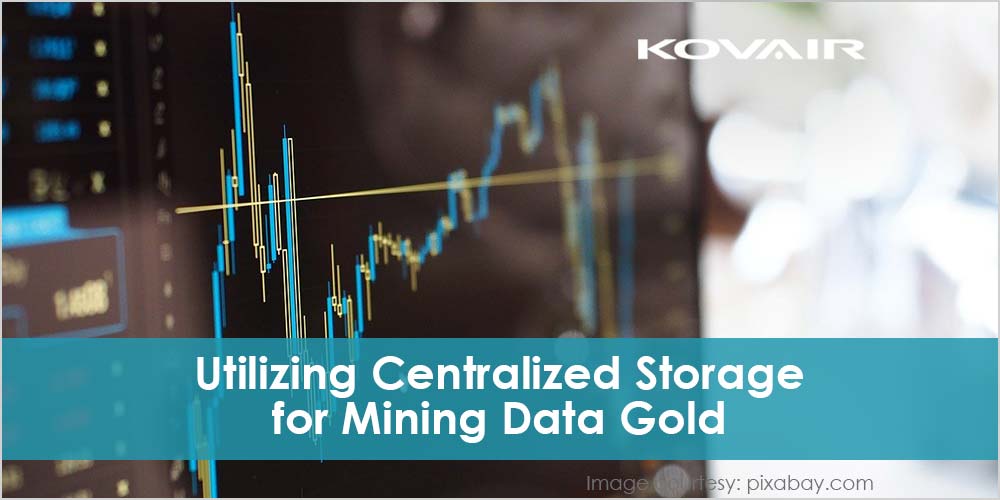