Accuracy, completeness, redundancy and tool compatibility checks during data translation are the major concerns that make ‘Data Migration’ job difficult for any organization, in any given situation. This concern of seamless data migration often refrains organizations from adopting a new tool for business benefits. This signifies how important it is to have a proper user-friendly system in place that can perform the job with zero tolerance to data loss and data disparity. 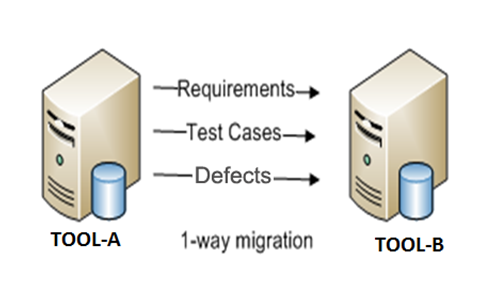 Organizations, in practice implement multiple tools from different vendors. The data formats vary from one tool to another which results not only in a need to build a simple interface between the source and target tools, but also to transform data while passing them to the target application. The data formats, of course, vary from proprietary formats through plain text to XML.

Different tools have different policies to enforce data security. Even though it is maintained correctly in the source tool, the same security must be enforced on the target tool as well to prevent any potential misuse of information.

In case of handling of a large amount of data, each of the steps involved during migration like data extraction from source tool, data transformation, data transfer to target tool, data load on the new tool may impact the overall system performance. Therefore, the migration process needs to be carefully planned to avoid any negative impact during peak processing loads.

To address these migration challenges, one of the solutions Kovair has come up with uses its integration platform – the Omnibus. It is based on the Enterprise Service Bus (ESB) architecture that requires only one connector per tool, thereby making the migration environment readily scalable. The migration rules are not hard coded into the middleware components but open for definition of one’s own business logic.

In the context of this blog, to depict a practical scenario, we have selected the following two well-known tools; HP QC – a popular tool for test management and TFS – a complete ALM product combined with Microsoft Test Manager (MTM). The general perceptions about HP QC are as follows:

On the other hand, the capabilities of TFS are as follows:

The scenario is as follows. The engineering team uses TFS and the testing team uses HP QC, but wants to move to TFS and start using MTM. Additionally, the QA team wants to use QTP for automation scripting. 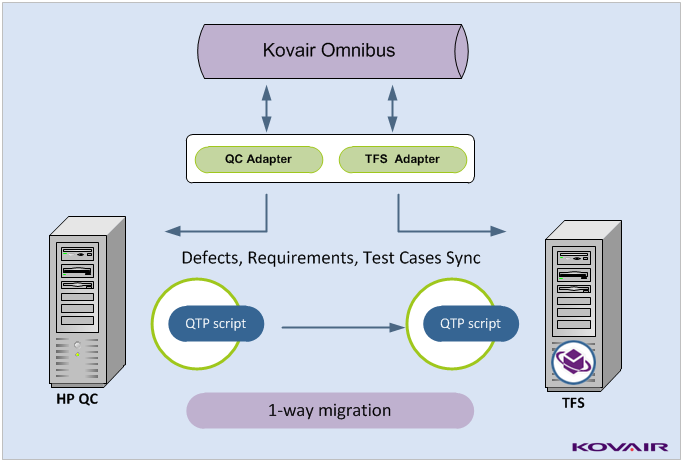 So how does Kovair help organizations to achieve success in data migration?

Kovair Omnibus platform provides seamless migration between HP QC, Microsoft TFS 2013 and MTM. It supports migration of all HP QC artifacts including Requirements, Test Cases, and Defects with attachments, audit trail and traceability links to TFS 2013. It also supports migration of Automated Test Scripts associated with the HP QC Test Cases and therefore, are inserted into TFS 2013 as Generic Tests. These automated test scripts are checked-in to TFS which can be downloaded from TFS 2013 for execution from MTM. 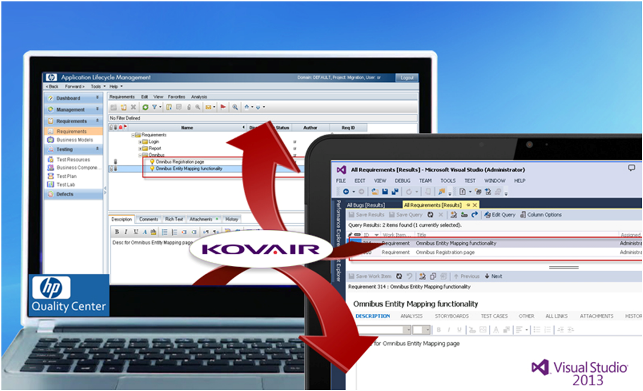 Followings are some of the benefits that an organization can derive out of this migration solution.

If your organization is still worried about protecting sensitive data while migrating from one tool family to another, it is time to make a move now – without even giving it a second thought. With Kovair’s unique migration capability and bi-directional synchronization, organizations can increase potential cost savings and efficiency in the software development process.

To learn more about how Kovair Omnibus facilitates in data migration, schedule a live demonstration . 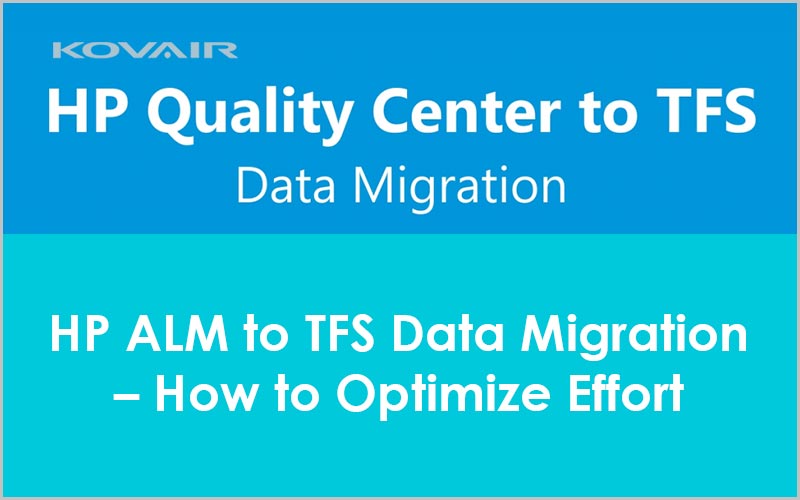 Why Should a Company Think About Data Security? 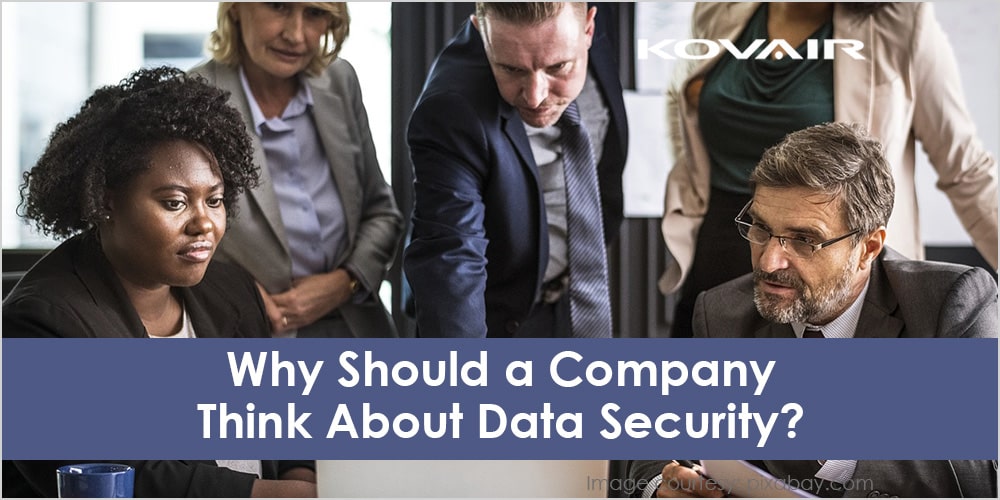