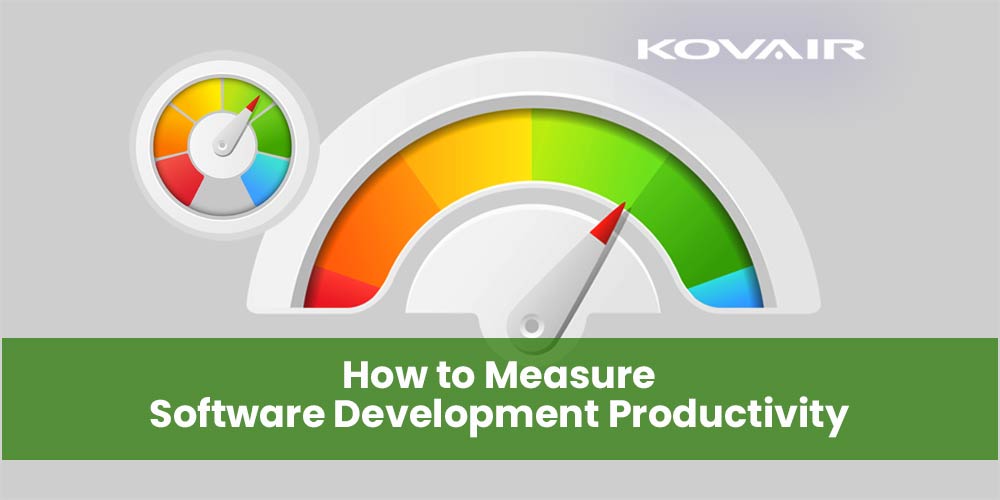 What Does the Term “Software Developer Productivity” Mean?

Simply put, software developer productivity connects to how productive a developer is over a certain period of time. A company would create a baseline of acceptable performance by setting goals/metrics to assess (for example, bugs fixed and code reviews finished).

In complement to these metrics, a number of frameworks, such as the SPACE framework, may be used to measure an AI software developer’s productivity.

Second, with many companies striving to be as fast as Google and Microsoft without really being that fast, a lack of resources and sufficient tooling may put developers and DevOps teams under a lot of pressure.

What exactly is SPACE?

Developer productivity is not a statistic that can be calculated in a single way. For example, if you only looked at the number of outputs per mobile developer to estimate developer productivity, you’d be missing out on important context. Perhaps that developer works longer hours, or perhaps the outputs are low-quality, or perhaps the outputs are basic features with minimal customer value. Several distinct narrative points must be mapped in order to gain a good image of production. Nicole Forsgren, together with other academics from GitHub and Microsoft, devised the SPACE framework to address this problem:

Developers of Happiness and Well-Being

Above app developers or any other developers, beings are human beings. Their productivity is influenced by how pleased they are with their work, team, and culture. Going a step further, a person’s overall happiness and health will have an impact on their productivity.

Understanding what is crucial to developers is crucial for quantifying satisfaction and well-being. Working on significant assignments, seeing code in action, and interacting with coworkers who inspire them are all examples of actions that might contribute to a satisfying job.

The following are some of the most valuable indicators:

The output is the result of a developer’s labor. Because business outcomes aren’t always directly tied to developer output, this may be challenging to analyze. Sales, marketing, and customer happiness are all aspects that influence business outcomes. As a result, the targeted objectives must be commercially relevant as well as developer-specific.

The Importance of the Developer Experience is Emphasized

In the end, it’s all about making the developer’s life simpler. This may be accomplished by employing cutting-edge technologies or performance measurements, as well as devising methods to alleviate their burden or stress. Without delving into psychology, the basic concept is that a happier developer is a more productive developer.

When it comes to software development companies in India experience, businesses should begin by asking the two questions listed above. Is the gain received worth it if no further effort is required?

Software consultants must effectively communicate and collaborate in order to reach the highest degree of productivity. Software development is primarily a creative endeavor that needs continuous collaboration and brainstorming from peers. Communication and cooperation can also have an impact on overall developer satisfaction.

Companies might look at developer onboarding experience, examine credentials, and how linked developers are to one another to assess communication and collaboration.

Software Developer productivity is an important indicator for assessing both the quality of the code and the extent of developer burnout. This allows managers to supervise custom software development services and ensure that their work is up to pace – as well as ensure employee retention. Like many software development companies, tracks developer productivity to assure happy and pleased engineers.

Artificial Intelligence for Business: How AI is Transforming Businesses
Challenges and Opportunities in PLM-ALM Integration