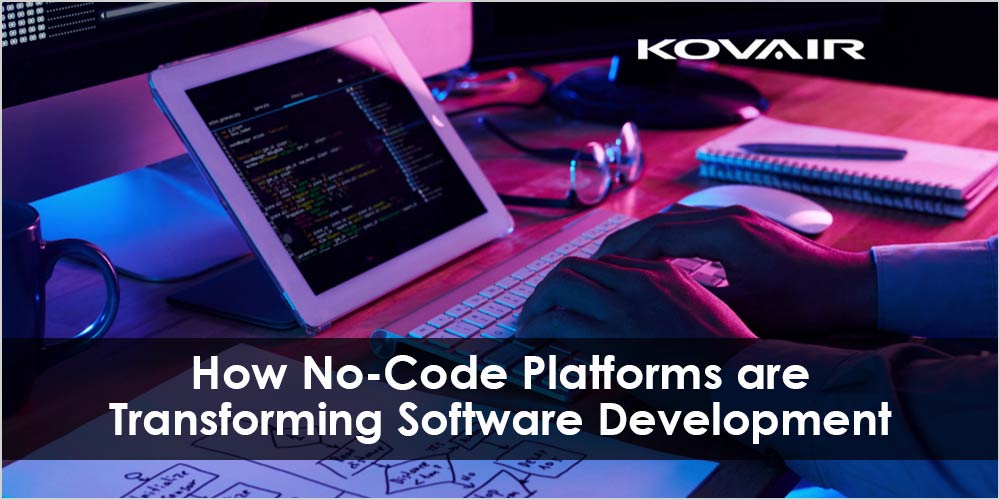 No-code development platforms are becoming increasingly popular as the technology progresses to allow even the most novice developers to create great apps. Pushing this no code trend are a few key platforms that make developing apps a simple drag and drop process.

One such platform is Microsoft PowerApps, a service that allows for the simple creation of business apps with drag-and-drop controls. This style of creation doesn’t limit the technical capacity of the software development technology either as even apps with AI can be created with the drag and drop function.

The platform allows almost anyone to logically piece together a functional puzzle and create sophisticated logical chains for their system AI. It can integrate with Azure APIs as well which allows for a broader range of functionality.

Microsoft PowerApps is one of the most powerful no-code platforms on the market. It allows users to create powerful, robust applications with absolutely zero coding required.

Many low-code or no-code platforms allow for simple app creation. Functionality and editability are severely limited. With PowerApps, however, you can make Blockchain applications, the powerful technology behind cryptocurrency, to create intricate and reliable recordkeeping systems.

Using PowerApps requires some visual acuity and some basic logic training. With this no-code platform, designers, artists, and entrepreneurs can dive into development by simply dragging and dropping the blocks of logic they need.

The reason Microsoft tops the list, however, is that it goes a step further. You can integrate highly advanced machine-learning APIs with your drag-and-drop logic design. This makes creating complex, robust, and polished software products easy to create, test, and deploy.

Google Blocks is a wonderful low-code option. While you will have to use some coding to make a functional product, it’s not nearly as much as you would with Unity, Unreal, or CryEngine templates.

Unfortunately, one of the major downsides of using Google Blocks, as opposed to Microsoft PowerApps is that Google Blocks can only be used for augmented reality and virtual reality applications.

That being said, Google Blocks is the best of the best when it comes to low-code platforms for AR/VR technologies. If you’re looking to create immersive VR experiences for storytelling or looking to leverage AR for branding, marketing, and sales content, then look no further than Google Blocks.

AppSheet is a great option for making enterprise apps. You simply make sure to get the right data feed into it, edit a template app to your liking, and use a declarative language (that’s closer to natural English than code in Java, Python, or C++) to code. It’s quite expensive, however.

Enterprise and AI automated app makers are simply marvelous. But, there are also tons of low-code platforms for simple applications intended for quick mobile or web export.

Bubble is another drag and drop program for making web and mobile apps. Apps can be tweaked with visual programming. Completed templates are available, but the app also allows granular control with coding.

Similarly, Stencyl has a drag and drop interface with optional code editing. However, this engine is only used only for making games.

PowerApps handily integrates with cloud services as well so that everything remains easily shareable and accessible. The no-code functionality makes it so that any business app developer can create a great business app without needing to be an expert.

Google Blocks is another platform that utilizes low code functionality and drag and drop interface to create amazing VR apps without having to learn a few languages.

Google Blocks is easy to use and, even though it is for VR, it is a great tool for learning the basics of product development.

Appsheet is another great no-code platform that is focused on creating agile and powerful business apps without requiring an engineering team. Appsheet is used by some of the biggest companies in the world as they boast that over a million and a half apps have been created since inception. This number is a testimony to the accessibility and versatility of the Appsheet platform.