Home > Technologies > What is the Future of “Arm” Software Development? 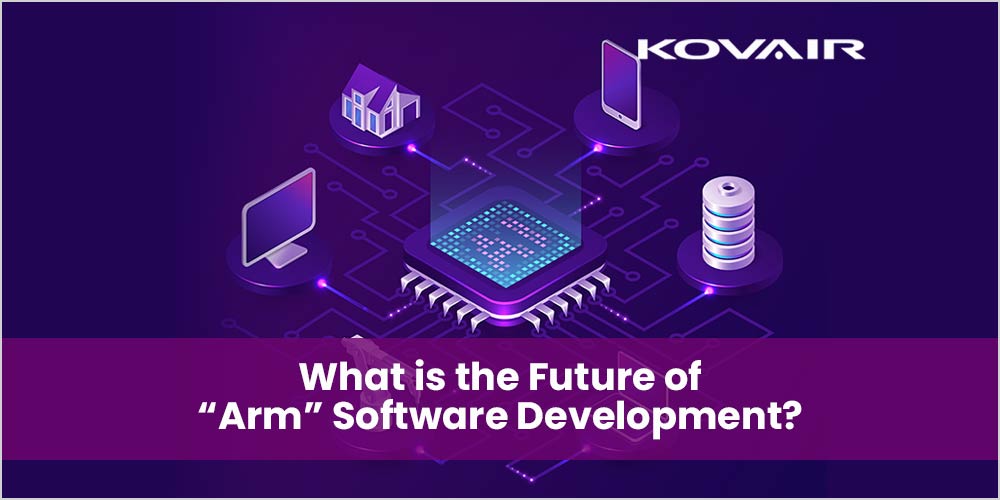 An Arm processor is part of a family of CPUs that are based on Reduced Instruction Set Architecture (RISC) for processors. It is developed by ARM Limited, which designs the core CPU components and gives licenses for Intellectual Property (IP) to partner companies, which then modify the chips according to their needs. ARM does not manufacture any chips completely or sell them.

The ARM processor was first developed in the 1980s by Acorn Computers, and ARM stands for Advanced RISC Machine. The company offers designs for both 32-bit and 64-bit RISC multi-core processors. They employ a much simpler instruction set as compared to Intel processors, which are much more complicated in nature.

Why Go for ARM? 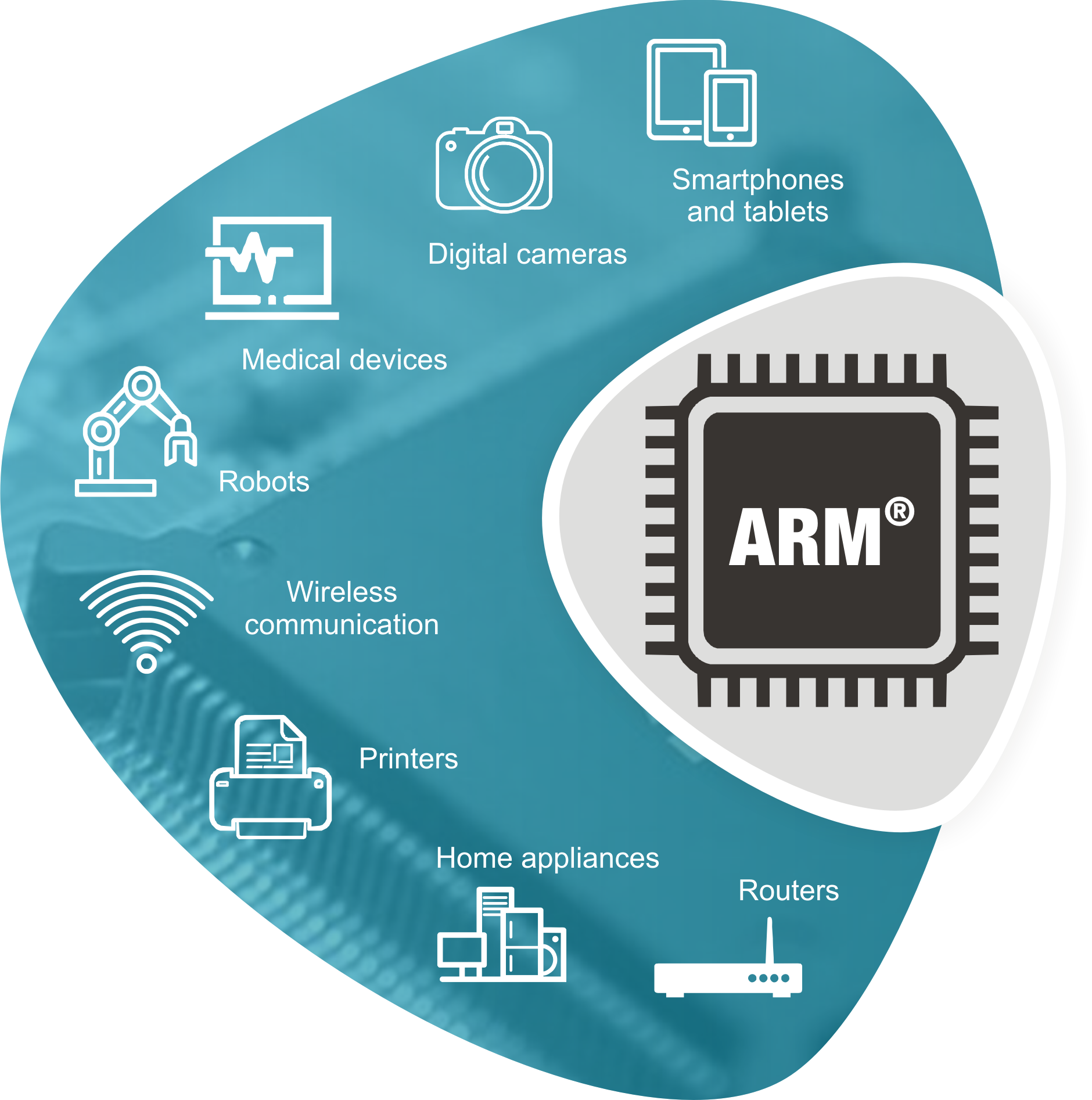 ARM processors have several generations of design, with the original ARM1 having a 32-bit internal structure but had a 26-bit address space, limiting its main memory to 64 MB. With over 200 billion ARM chips produced till 2021, it is the most widely used Instruction Set Architectures(ISA) family.

Apps on the smartphone or the world’s fastest supercomputer, are most likely running ARM. ARM Limited, the parent company of the processor, was acquired by Nvidia for USD 40 billion. ARM processors can also be used for Cloud Computing, and ARM-based data centers can offer “Single Threading” or “Linear Scalability”.

Single Threading means the CPU will be able to process only one thread at a time. As many web applications open a single thread per request, and most of them are on the cloud, ARM-powered machines can easily replace machines running Complex Instruction Set Computer (CISC) architecture.

Scalability earlier used to be a curved-shaped graph, which initially goes up but then slows down and grows in steps. In comparison, an ARM-based server scales up in a linear fashion, and the growth remains steady, with no need for complex predictions.

Use of Load/Store Architecture

ARM-based machines have overcome their memory problem by integrating the load/store architecture. During a computing operation, a CISC-based machine directly accesses the memory, takes the data from it, processes it, and stores the result.

ARM-based processor’s fast temporary memory/storage is called a register. The stored instructions fetch data from a register and store it in the main one. The load operations are exactly the opposite; they fetch data from the main memory and load it into the register. This load/store architecture reduces memory access latency.

RISC architecture has the potential to change the future of software development. Usage of ARM-based processors would promote applications that directly access RAM and hardware registers. These applications use low-level programming languages, such as C, that approximate the commands, which are intermittently understandable to the hardware they run on.

ARM processors are also 40% cheaper, which, when combined with performance, makes them particularly useful.

ARM Limited basically sells the blueprints that you have to implement into your hardware design and go for manufacturing. Neoverse is the family of System on a Chip (SoC). Unlike Intel, ARM processors are not installed on the motherboard and are connected with other important components. ARM Neoverse SoC is an Integrated Circuit that comprises all the components like CPU, memory, ports, and sometimes even a GPU.

Neoverse has outperformed Intel chips by 40% so far, and with less power consumption, and smaller sizes, it reduces the space you need to rent for an ARM data center providing distributed computing.

As in the case of any cloud migration, you will have to make changes to your applications before you migrate them to the new cloud. An ARM-based cloud requires even more fundamental changes as the basic CPU architecture of an ARM-based server is different. You don’t need to build them entirely but rather go for containerization technology.

Containers are nothing but virtual envelopes for software applications containing application source code and minimum environmental elements, libraries, and selected OS components that allow running these applications under any OS and in the cloud.

For creating containers, you can rely on Docker, which is the most popular tool for doing so. Docker & ARM formed a partnership in 2019, which helped users in moving containerized applications to ARM-based platforms. Since the deal, Docker has implemented a multi-architecture imaging feature that allows you to build containers that can be deployed on any CPU without worrying about the CPU’s architecture. Whenever a container is built, it is stored in the GitHub repository, from where it can be downloaded in the GitHub language.

Advantages of an ARM Processor

Disadvantages of an ARM Processor

ARM-based processors are a good substitute for x86 systems, and because of the advantages we discussed earlier, companies are investing in the technology for its use in Cloud Computing. This would result in cost savings without compromising on performance.

Reduced Instruction Set Computers (RISC) are making a comeback. However, the difference between RISC and CISC architecture means that you need to modify your applications before migrating them to the ARM-based cloud. With applications in embedded systems & Cloud Computing, the future of “ARM” software development is indeed bright!

Victor Ortiz is a Content Marketer with Goodtal. He likes to read & blog on technology-related topics, is passionate about traveling, exploring new places and listening to music.