Home > DevSecOps > From Agile to DevOps to DevSecOps: The Next Evolution 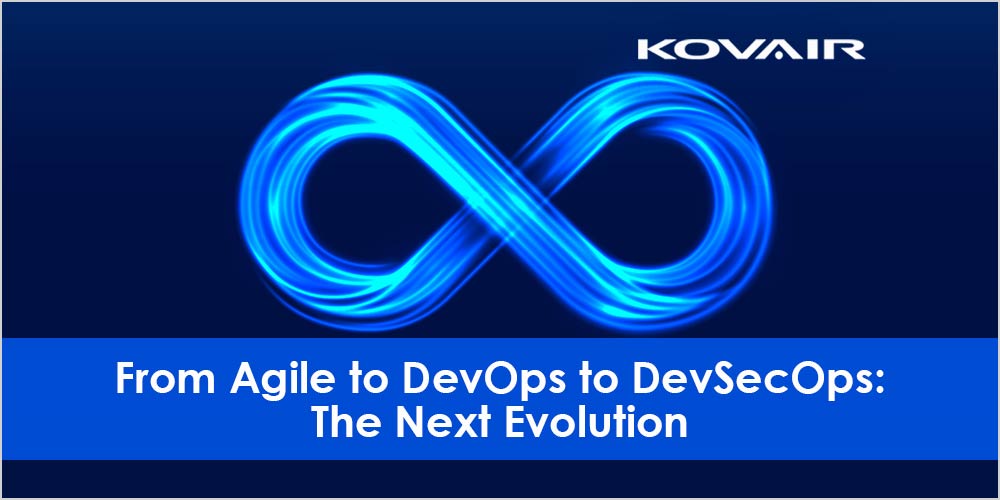 As the working population moves to more remote places, connections become more dispersed as the corner moves further away. Simultaneously, the number of products and software on such channels grows. According to a few forecasts, by 2030, there’ll be 15 devices connected for each and every person on earth.

The rapid growth of the distributed workforce and its affiliated application requirements must have created a tremendous dilemma both for app developers and IT experts entrusted with the responsibility with implementation deployment and maintenance. Striking a balance among discharge speed as well as implementation availability and security – just not an easy situation – is critical for any business survival.

Agile as well as DevOps have evolved to assist organisations in striking this balance, delivering the best service to customers in the briefest reasonable timeframe. But now have Agile but also DevOps delivered on their promises?

Even as Agile has already been known as well as practised for two decades, the methods wherein organisations have decided to apply Agile are as diverse as the companies themselves.

When this was first published in 2001, this same Agile manifesto stated four basic values:

Agile procedures are used in a variety of development actions, from the creation of small applications to the creation of cloud-native enterprise applications. The Agile Manifesto as well includes several additional precepts that clarify what morals mean in reality.

Such Agile fundamentals could be boiled down to a few key points:

Give the customer precedence out over item

Ongoing customer engagement is required all through the design process, with the ultimate objective of common delivering the product related to specific consumer feedback. Whereas this could be difficult for just a Scrum methodology, especially when consumer interest keeps changing late in the process cycle, Agile found that the best way to enhance customer satisfaction is to include the client in the development cycle.

Rely on Agile Team members to manage or organize personally

Agile emphasises lesser teams that communicate constantly with clients and with one another. Such teams must include designers as well as those who understand the bigger business prerequisites which are being managed to meet via development. Confidence is fundamental for such teams to operate efficiently. Agile asserts that self-organized groups, given the freedom to pursue one‘s projects however they see fit, produce relatively short life cycles.

Agile teams necessitate simplicity. It is consistent with Agile’s contempt for procedure overuse. Agile aims to cut down on the amount of effort involved, thereby significantly reducing production time.

Agile teams are currently improving themself, merely because they are constantly improving their products and the user experience. Continually evolving team members as well as the procedures they use (remember, teams, come first) enhances team agility.

Whereas the Agile principles and values appear to be straightforward, efficient implementation of the rules and ideals is a whole different storey. Indeed, the application of Agile development had also at times infringed the manifesto’s first-ever significance by concentrating on which procedures and technologies are used. However, in surroundings in which consumers are clamouring for more goods and services, implementing Agile methodologies is not feasible.

Using DevOps to Create on Agile

The exact definition of the phrase itself, as well as the extent of DevOps, are still up for discussion. DevOps seems to be the integration of the production cycle with post-development operations like installation and management.

“Rather than IT processes and operating systems advancement becoming siloed off from others, DevOps keeps breaking down traditional barriers boundaries which existed previously among them in promoting quality assimilation and continuous deployment (CI/CD) of software quality features and applications to target consumers,” writes free software contributing Barbara Ericson of Cloud Defense.

DevOps, like Agile, necessitates developing a DevOps work atmosphere to be effective. Agile as well as DevOps, on the other hand, really aren’t reciprocally unique. That really is, DevOps is not simply a substitute or transformation of Agile. Despite the fact that Agile as well as DevOps have complex configurations and reaches, they could indeed come together to accomplish the desired objectives of rapid deployment and enhanced customer experience.

Whereas Agile, as well as DevOps, hold similar objectives, those who haven’t always consented about how to accomplish those objectives. DevOps varies from Agile in so many ways, and at its greatest, DevOps relates the Agile method, as well as lean production fundamentals, to accelerate software development.

One point of contention among Agile methodologies is that a certain largely depended on tools, particularly for the automated processes of checking and implementation processes. However, DevOps could indeed conquer Agile developers’ rigidity to weapon utilisation consists of applying the Agile method themself.

Successfully, DevOps promoters must persuade Teamwork that fanatical adhesion to Agile’s core assumptions is incompatible to Agile in the first place. Oddly, Agile designers who seek to impose that now the procedure has always been guilty of violating the Agile method by failing to acknowledge the advantages brought by transformation, that is another Agile concept.

The major difficulty would be to have Agile methodologies teams respect DevOps’ automated test efforts even while inspiring the DevOps squad to take into account corporate objectives of implementation instead of continuing to pursue implementation tempo in itself.

Advancement could indeed accomplish a degree of comfort with DevOps procedures and functions by maintaining continuous contact between Team effort as well as the Continuous integration team (another Agile principle). This implies that checking and implementation automation could indeed move much faster, due to shorter as a whole speed to market.

Finally, Agile and DevOps could indeed collaborate best when they remember their common goals: relatively small transformation instalments based on responses, resulting in rapid distribution cycles. For more information on AWS DevOps, take the AWS DevOps training which helps in enhancing your career growth.

Security issues become increasingly complicated as a range of additional and business owners proceed to combine cloud-based assistance. One area where Agile falls short is in legal arrangements into the development cycle. Sadly, in an Agile manner, software security has been commonly mentioned after the fact, instead of as part of its growth strategy. DevSecOps will be the next innovation of DevOps.

DevSecOps is based on three main fundamentals: making sure data protection while minimising user disadvantage in data access, using software packages that identify the risks as early in the development cycle as potential, and making sure encryption technology using innovations including such security socket layer (SSL) as well as virtual networks (VPNs).

Whereas DevSecOps, as well as Agile, might very well disagree on the importance of techniques, safety has to become a component of every development plan. That’s why Agile, DevOps, as well as DevSecOps, should all collaborate to make sure not just to quick, but also secure, implementation.

Agile as well as DevOps both were major evolutionary steps in the software project, but DevSecOps will be the next process. Despite some differences, Agile, DevOps, as well as DevSecOps should indeed collaborate to accomplish their common goal: exceptional client expertise and shorter implementation cycles. 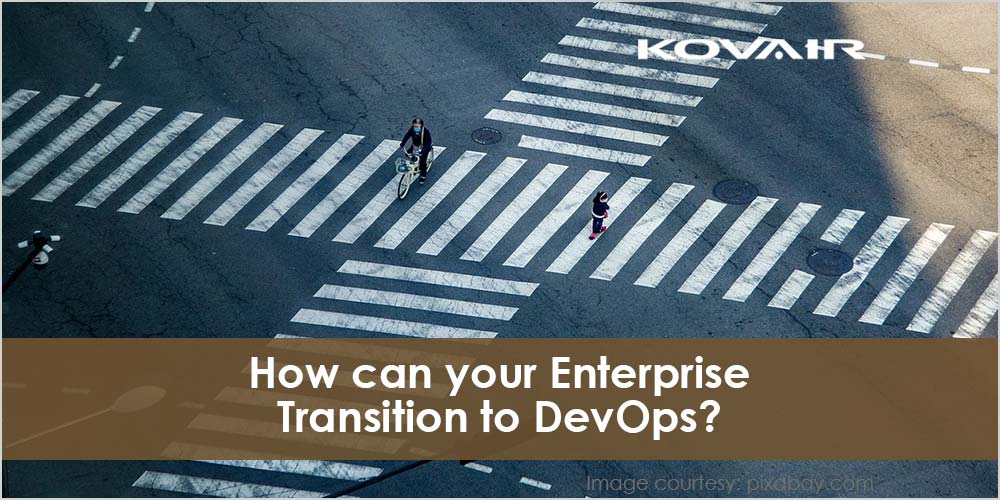 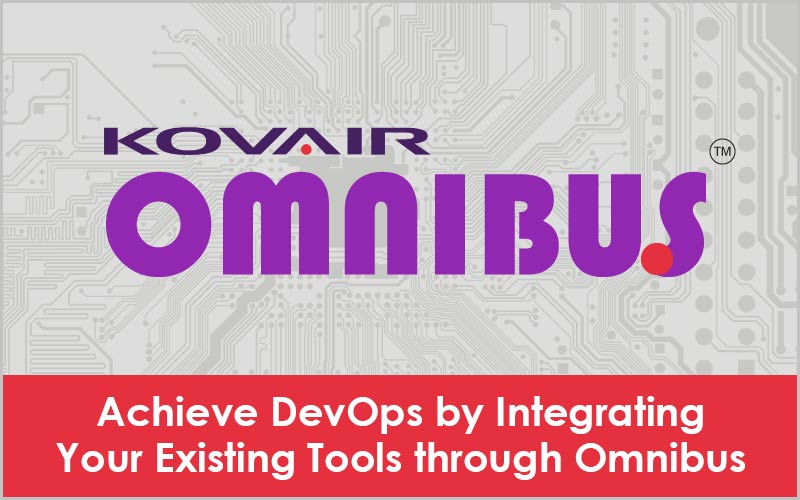