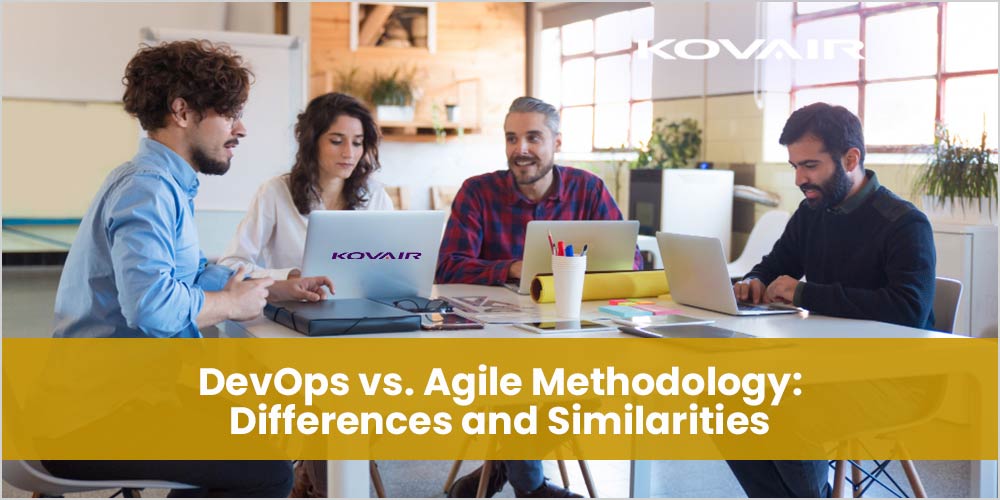 With that said, it is no wonder that a lot of time and effort was put into setting up effective pipelines that ensured software is being produced quickly and efficiently, with emphasis on great quality.

The first of the methodologies that would reign was the waterfall methodology. This way of creating software created a streamlined pipeline that defined every step of the production process from its beginning to the end.

However, as technology improved and our techniques expanded, the waterfall was replaced with something called agile methodology. Agile methodology was created in order to cater to a more dynamic production process, increasing its speed and efficiency, while maintaining the quality of the software produced.

But now, we’ve got a new challenger entering the ring. DevOps is a brand new way of thinking when it comes to software development and has already proven to be very effective.

So, what are the differences between the two methodologies? And, can they coexist? Let’s find out.

What is Agile Methodology?

In essence, agile methodology creates a more dynamic production cycle that can quickly adapt to changes that may arise during the cycle.

This primary principle of agile makes it much better, and much more efficient, than the old waterfall methodology, where each step is worked on individually, and then the whole production team moves on to the next one in sequence.

The agile methodology does away with such a rigid structure and creates something called “sprints”. Each “sprint” is a development cycle lasting about 2 weeks in which the devs work on a single feature, from initial development to testing, to implementation, to final deployment.

This, essentially, creates a piecemeal cycle of development and deployment of features, making the particular software akin to a Lego structure, with each block being completed and perfected individually.

This is vital for the establishment of one of the four core tenets of the methodology – customer collaboration over contract negotiation. Agile seeks to facilitate a constant collaboration between the customer and the developer, and the piecemeal cycle allows the devs to receive feedback from the customer during the ongoing process, and implement desired changes quickly.

The argument here is that the software may change (as per the client’s request, as per the first tenet), and that would require updating and changing the documentation. Furthermore, agile seeks to push out software as soon as it is ready, and extensive documentation can stand in the way of deployment.

The third core tenet of agile is the focus on response to change rather than following the plan. This is something we’ve described before, and is the core principle of agile – iterative development and deployment allow for much greater flexibility, and, in combination with the first tenet, it allows for a higher quality product overall delivered in a timely fashion.

Finally, agile methodology proposes, as its fourth core tenet, that people and their interactions should be the focus, rather than tools. Happy workers and cohesive teams are far more efficient and much more eager to produce quality, and fast, so focusing on the human side of software development is the key to success.

Ultimately, these four tenets (along with 8 more) form the agile methodology manifesto. As you’ve no doubt seen, this methodology focuses on efficiency, speed, quality and adaptability, making it the go-to for any modern dev company.

DevOps is less of a methodology than an attempt to create a particular culture within software development. This culture is centered around unifying the development and operations elements of your company (hence the name).

The primary idea behind DevOps is the continuous collaboration between the development team and the operations team, ultimately creating one large team that meshes both elements in a seamless production cycle.

The combination of the two elements, the DevOps practitioners argue, gives rise to a non-stop, continuous production cycle that churns out the software at an impressive rate while maintaining high-quality standards.

In practice, this is reflected through DevOps teams constantly deploying small updates on a daily basis (sometimes even faster). Additionally, since both elements are in the loop, they can both keep an eye on each other, vet the code and change the code as it is being added to the repository.

This means that any changes can be made quickly, should the need arise, and any problems are swiftly dealt with, thus maintaining the quality of the product.

The continuous deployment also made DevOps practitioners stark supporters of automation. Automation is a big step up in terms of productivity for software devs, and has, so far, generated about $2.9 trillion in business value, and around 6.2 million hours in productivity just in the last year.

This is due to the fact that AI allows for rapid deployment of updates, as well as improvement in other facets of the dev cycle by eliminating repetitive grunt work and allowing the dev and ops teams to focus more on the software itself.

So, how do DevOps and agile compare to one another? What are some of the similarities and differences between the two, and can they coexist or are they two opposing forces?

Well, the biggest difference between the two is what they focus on. Agile has a narrower focus, concerning itself mostly with optimizing the development process. On the other hand, DevOps is a broader concept. As we said, DevOps seeks to create a culture, primarily, of mutual collaboration, that, as the effect of said collaboration, improves the development cycle.

On a more practical level, the two methodologies have different approaches to the concept of a team, and how the team should accomplish its tasks. As we’ve mentioned, agile is all about completing tasks in those “sprints” we’ve described before, while DevOps seeks to create a seamless, homogenous, self-regulating production cycle.

From that we can conclude that agile places focus on smaller teams of people with similar skills, whereas DevOps leans more towards large teams with varied staff in terms of skill sets. Both have their advantages and disadvantages, obviously, but, with proper leadership and direction, both types of teams can perform exceedingly well.

However, those differences can be easily overcome when one looks at the possible advantages the two methodologies can have when merged. In fact, some of the best web development agencies in the UK have already started implementing both methodologies to great success, owing to how compatible they are with each other.

This comes down to one basic fact: both methodologies seek to improve the production process and increase the speed at which they can create their products while maintaining product quality.

So, instead of having small homogenous teams, the integration of DevOps in agile proposes small heterogeneous teams, consisting of both devs and ops to create more efficient “sprints”. Additionally, both methodologies can benefit from automation, which is at the center of the DevOps development strategy.

Ultimately, DevOps and agile are very similar to each other, and, while their differences are evident, it’s clear that both methodologies are more than capable of coexisting.

By combining the two, or, at least, their best features, you will create an incredibly flexible development cycle that is both fast and self-sustaining with respect to the vetting process of your code. Thus, you are able to create an efficient production pipeline that will enable you to churn out high-quality software incredibly quickly. 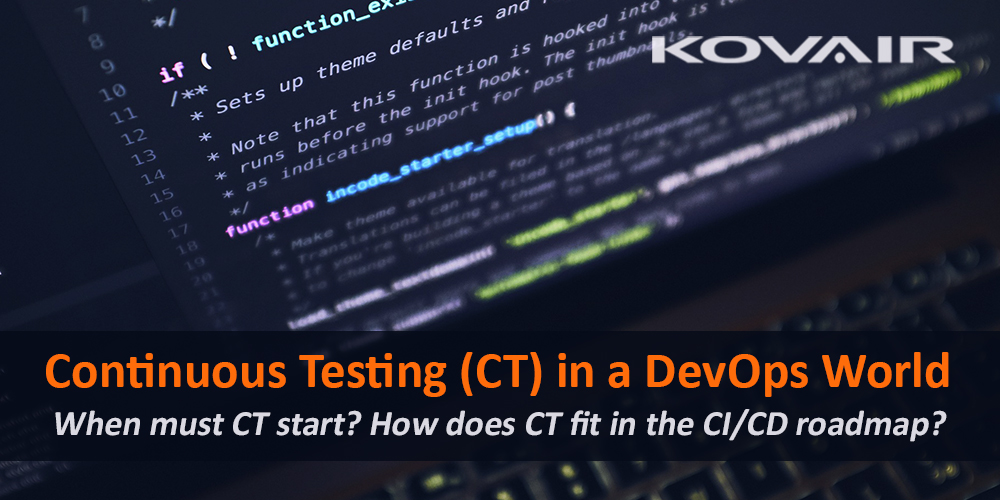 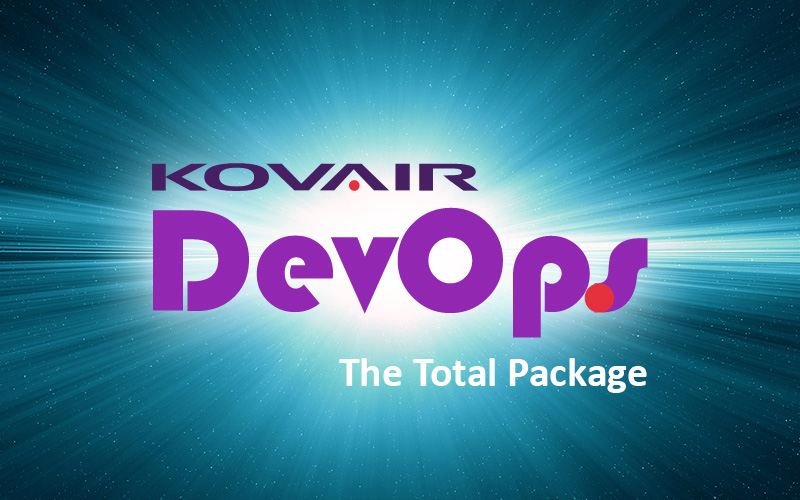 Sophie Douglas is a digital marketing specialist and a journalist based in Columbus, state of Ohio. Her characters are passionate, innovative, and ambitious. Before becoming a writer for DigitalStrategyOne, she was writing short stories, screenplays and directing short films.