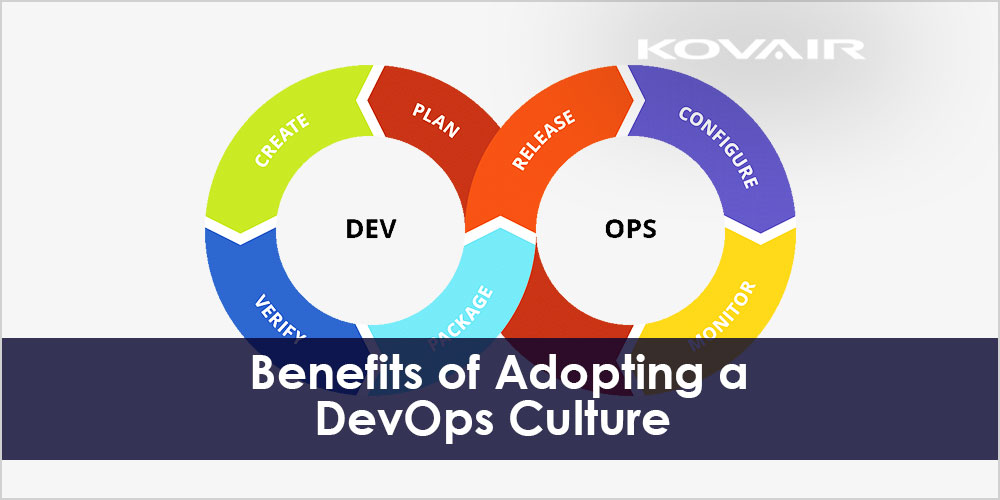 The word DevOps is a mixture of software development and information-technology operations. It is an approach that automates and facilitates software development between different teams, including developers and testers. However, it is much more than an approach; it is a culture of its own. By adopting this culture, there is much to be gained.

Here are some benefits of adopting a DevOps culture:

It is a well-known fact that software engineers, developers, quality assurance engineers, network engineers, have a tough time working together. Traditional approaches take a lot of time to solve inter-departmental conflicts. Even the smallest delays have unprecedented consequences. By adopting this culture, different departments and teams work in unison and collaborate to reach the joint goal.

In a DevOps culture, there is an increased level of trust between teams. This increased trust allows more experimentation and innovation, without causing things to slow down. Better collaboration means that the teams that used to work separately, now work together seamlessly.

Automation is an integral part of the DevOps way. By using all kinds of automation tools, the entire team becomes more efficient. Just like when live chat app agents transfer chats and visitors’ past data, which is displayed to the new agent. Another essential part of DevOps is to free staff and teammates from repetitive and redundant tasks.

Code integration is a part of application development that is bound to take up a lot of time. Integrating code from different teams with different approaches is a difficult task. In this culture, through automation, even this tedious task can be dealt with relative ease. It is more efficient than other approaches because it relies on several different tools that make the job a lot easier.

The DevOps approach focuses on a continuous delivery workflow that helps push out software faster than before.

The longer you wait to test your code; the more errors you will have to deal with later. According to a State of DevOps report, organizations adopting a DevOps culture had 60 times lesser failures than the organizations not implementing a DevOps approach. Developers do their best to write code that gets the job done. But traditionally, they are not looking for errors as they are writing the code.

With this approach, developers are looking for any possible errors as they write the code. Eliminating potential mistakes as you find them helps you save time and effort. One of the best things about this approach is that it takes less time to roll out new features and software. This allows teams to look for any possible errors and failures faster and get them fixed before they roll out the next version of the software.

Businesses that cannot innovate rapidly are left behind. Organizations rely on innovation to get ahead of their competition. Traditional approaches fail when it comes to the speed of delivery. Changes in the application can be quickly analyzed and evaluated by DevOps practitioners using real-time data.

By adopting a DevOps culture, businesses can solve problems incrementally and step by step. This approach helps organizations to have shorter delivery cycles while ensuring that the new features being added are up to the mark and free from errors.

By having a DevOps culture in your organization, your employees will be more engaged with the work they are doing. In this approach, there is increased employee engagement because everyone on the team is working towards a common goal.

By adopting a DevOps approach, development teams can push out a limited number of features in every iteration. If an error or failure occurs, the most likely culprit would be the most recent set of features. Since the team would know where the errors are most likely to be found, they will be able to fix them faster.

Recovery times are usually much faster as there is a single team responsible for the new set of features. Troubleshooting and fixing errors is done by that team, so it is much faster.

Startups and businesses have a lot to gain from adopting a DevOps culture. The key benefits of adopting this approach are improved speed, stability, and collaboration and communication. Adopting this culture is not an easy process, but when done correctly, the rewards will be plenty.

Hamzah Adil is a digital marketing executive with a background in computer science. He enjoys writing about technology, entrepreneurship, business, and social media. He is presently working for a startup that has developed a new live chat application called SwiftChat. Live chat software helps in providing premium customer support to online visitors for a fraction of the cost.