Home > Technologies > Is AI the Future of QA Testing? 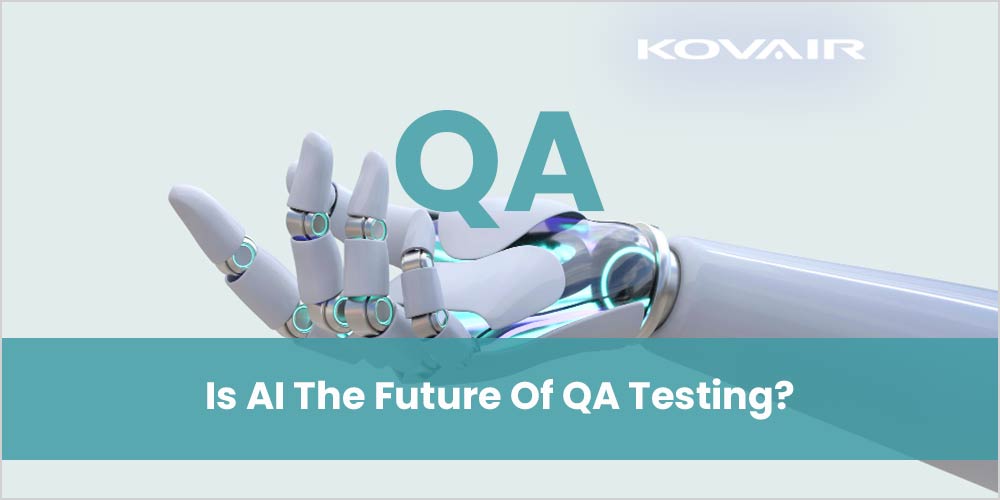 Quality assurance (QA) testing is an integral part of software development. It is the area of production responsible for detecting defects and eliminating issues before the software product reaches users. The primary goal of QA testing is to ensure companies create products that meet specified requirements.

Over the years, software development has evolved massively, prompting complementary advances in the testing field. Besides a relentless drive towards DevOps, modern software developers are now looking to take QA testing automation to the next level. That is where artificial intelligence (AI) comes in.

AI refers to the ability of computers to simulate human intelligence, enabling them to perform tasks typically done by humans. That involves using intelligent, iterative algorithms to learn patterns and features from collected data sets.

Every time an AI-powered system completes a round of data processing, it analyses its performance using algorithms to emulate how humans learn and develop additional expertise. That is made possible by machine learning (a branch of AI). H-Training will help us to learn what role AI has in QA testing, how AI enhances the functions of tools and the advantages of AI-Powered QA testing.

What is the role of AI in QA testing?

Before we delve deeper, it is essential to note that AI cannot function as an all-in-one solution. Contrary to common misconception, the tech doesn’t work by itself, so it can’t fully assume the roles of previously available testing tools. Its primary application in QA testing is to improve the process by enhancing the functions of conventional testing tools.

Traditional testing tools have revolutionized the QA testing process in various ways. These include automating repetitive test cases, detecting bugs, gathering statistics on own work and making necessary decisions. However, they still have many limitations that significantly undermine the efforts to automate QA testing.

When using these conventional testing tools, architects and testers must do all the configurations manually. That involves developing test suites and generating test data to use with the tests. Manual handling of this step is time-consuming and increases the risk of errors – and that’s where AI steps in.

How does AI enhance the functions of conventional testing tools?

In QA testing, AI assumes the responsibility of configuring testing tools and controlling/overseeing their performance during test runs. The technology also analyses and creates detailed reports of the entire process – the same way a human would analyze performance and provide a report.

Leveraging AI in QA testing speeds up the process and saves money. Whenever the source code is changed, testers using manual testing tools have to do repetitious work. That requires a lot of time and money. An AI-based testing system will handle these tedious tasks without requiring immense human intervention. That speeds up software testing and encourages cost-effectiveness.

With an AI-powered testing system, developers can significantly improve the depth and scope of tests. Unlike manual work, AI can crawl through file data, memory, data tables and statistics to expand the test coverage. In every test run, an AI-powered system can execute over 1000 different test cases, which is not possible with manual tests.

As developers drive towards DevOps, regression testing is often required more quickly. Developers typically carry out regression testing manually. However, there are a few problematic regression tests that require the use of artificial intelligence to complete within the allotted time. In such cases, modern developers leverage machine learning to generate test scripts. They can also use the tech to validate changes that would otherwise prove challenging to test using manual techniques.

Is AI the future of QA testing?

To sum it up, the roles of AI in QA testing will only multiply with time. Through various digital transformations in testing, modern developers are evidently working to narrow the gap between the hype (around AI) and reality. So, it is safe to say AI is the future of QA testing.

Although AI is still far from taking over QA testing, it has significantly improved and enhanced the entire process. Today, the tech helps speed up the tests, enhance accuracy and save developers a lot of money. However, AI-powered systems are only as intelligent and effective as the available data. So, while we focus on leveraging AI in QA testing, nurturing a more data-driven approach to tests is essential.