Kovair team is proud to announce the release of version 9.2 for its product Kovair ALM Studio. The document throws a major light on some of the latest enhancements and the new features that had been added to Kovair ALM Studio in this version release. We have also enhanced many of our existing features and fixed bugs to improve the overall experience with Kovair products. Download: Kovair 9.2 Release Note

This release supports the deployment of Kovair on Windows Server 2008 R2 and above. Release 9.2 applications can be accessed by latest versions of Google Chrome, Firefox 54.0.1, and Internet Explorer 11.0.

Kovair Dashboard offers consolidated view of multiple reports included in a single dashboard. All these reports in Kovair, consist of different types of filters for controlling the output. In this release, we have introduced the capability of having a single parameter a the dashboard level to control the outputs of all the reports included in that dashboard. Users will be able to select the value of this parameter at runtime. This value will be added to the existing filter of the report and the output will be generated accordingly.

Prior to version 9.2, Kovair Multi-Lingual support was available only for field values. The labels for various items used to get displayed in English. With the release of 9.2, the Multi-Lingual support is available for labels of different items as well. The Multi-Lingual Support could be found for the following labels — Workspace Name, Entity Name, User Names, Form Section Names, Form Names, Attachment File Names, Comments, Change History, Version Comparison section. 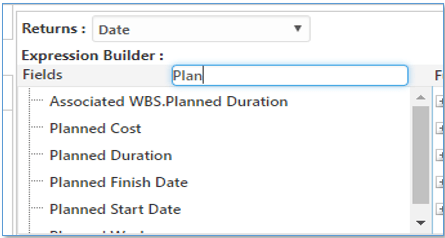 In version 9.2, users can reopen both expired and completed reviews. The implementation enables end users of Kovair ALM Studio to ‘Reopen’ to extend the ‘Review Deadline’ of a Review whose status has expired or change a value of an already completed review task. In case of active reviews, the application only permits Submitters and Moderators to delete the review.

Prior to 9.2, a record once deleted could be restored within the same session where it was deleted. With the introduction of the new feature in 9.2, users can now restore records that have been deleted even after a session has expired. 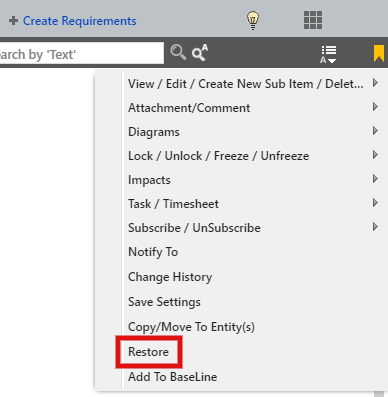 Users of previous versions of Kovair ALM Studio could not view the review status of an entity item that has been submitted for review. This made it difficult to track the progress, especially if an entity item has been submitted for multiple reviews. With the introduction of a new system form section called the ‘Associated Reviews’ in 9.2, users can view the review status of an entity item which has been selected for review. When a record is opened for viewing, this system section would enlist all the Reviews that this record has been selected for, along with the name of the Reviewers, the date on which the record has been reviewed, and the Status of each of the Reviews against the record. Users can view the details of the review by clicking on the icon getting displayed in Review Status column.

Before this release, when any user visited the change history section of a record, the user used to see a blank list if the records were already archived. From this release, users will not see any blank screen. If the entire data state is in archive mode, then also they will always see the last 10 changes of the record. This data will be pulled from archive table.

Change History Page showing the Recent Records that have been Archived

Validation for Multiple Relation between Entities

In Kovair 9.2 this feature will show a message during creation of a relation field if there is an existing relation between the two selected entities. This will help users to make informative decision about creating multiple relation fields between same set of entities.

The new implementation will now allow Kovair Administrators to enforce users to add a comment before saving a record based on the business case. The enhanced feature can be used from the end user mode only after it has been configured by the Administrator at Workspace Level or from Site Level through Policy Configuration (Business Rule). 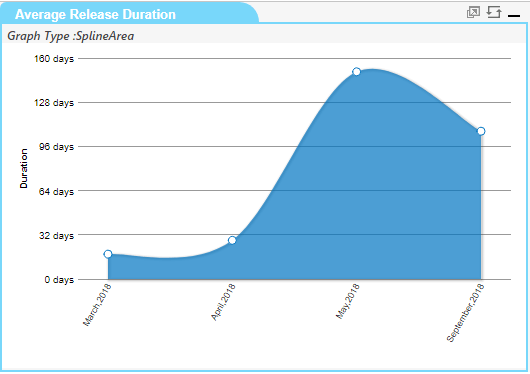 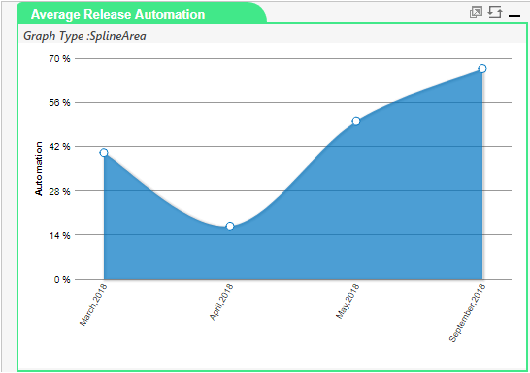 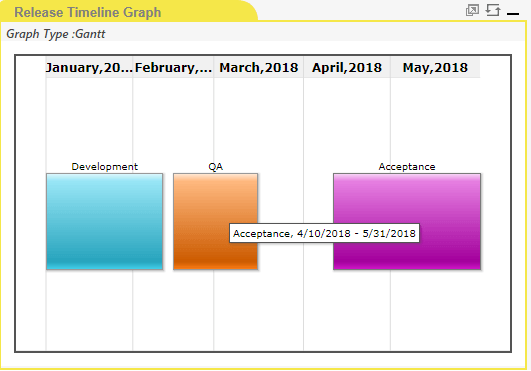 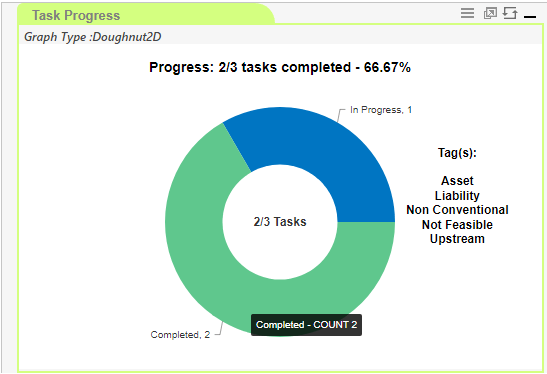 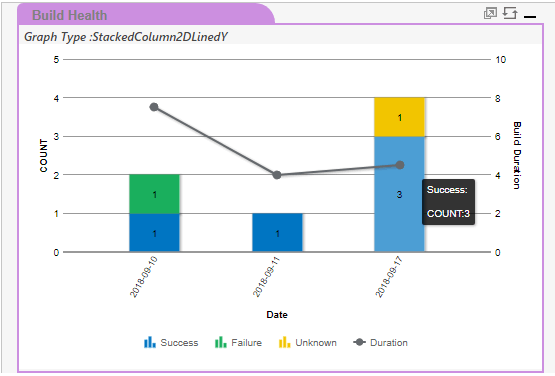 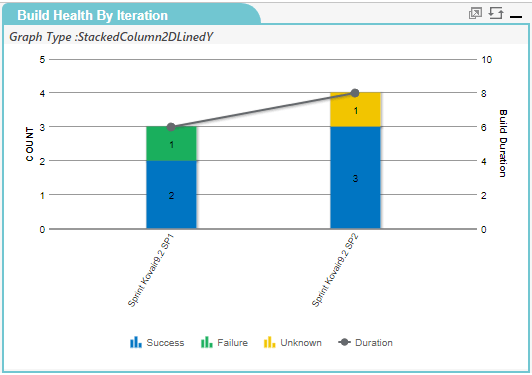 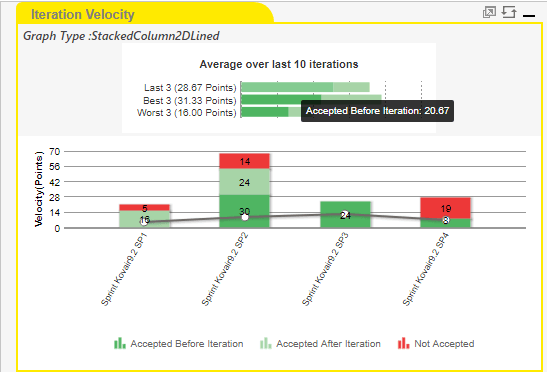 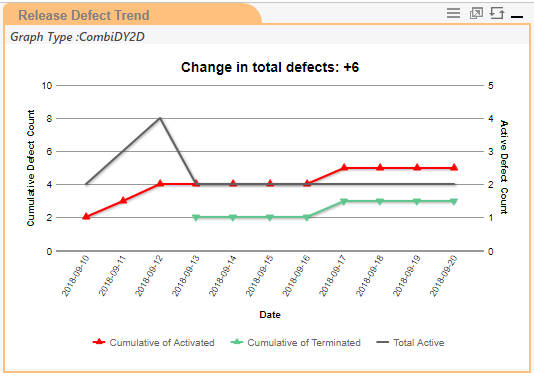 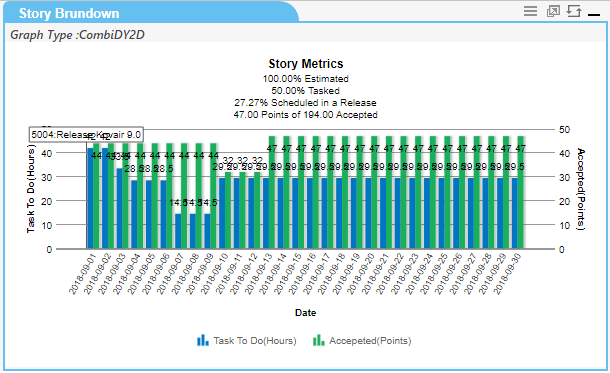 Kovair iRise adapter helps to achieve integration scenario by establishing integration with other requirements management tools for better collaboration. With other integrations from Kovair, organizations can connect iRise with 80+ other ALM, PPM or ITSM tools. It exposes entities of iRise tool namely Requirements, Chapters and along with it supports the flow of attachments and comments.

XATester is a unit testing tool for mainframe development. The Kovair XATester adapter helps users to fetch Test related artifacts and establish an integration with other test management tools like HP ALM. The primary entities for which data can be fetched from this adapter are, Test Case, Test Suite, Environment, Job, Category and Component. Also, Test Cases and Test Suites can be pushed into XATester from other tools.

Kovair helps to achieve integration with Defect management tools like SmartBear Collaborator through the SmartBear Adapter. The adapter has support for two primary entities— Reviews and Defects. It supports synchronization of reviews and defects across other defect management tools and makes it more interactive through synchronization of review comments and attachments.

Analyze, optimize, and predict bottlenecks in complex information systems by integrating the App Dynamics tool with Kovair App Dynamics adapter. The tool App Dynamics is a popular Application Performance Management and IT Operations Analytics tool used for monitoring the performance of all transactions flowing between integrated tools. The Kovair adapter enables the system fields of primary entities — Business Transactions, Tiers, Backend (for database and webservice), and node — to be fetched and synchronized across other integrated ALM tools. In addition, the adapter can also support multilingual characters for Project Name, Entity Name, and Field Values. With the help of the adapter, users can also reflow entity items from App Dynamics that have not yet reached the target tool from the source tool despite the integration.

In 2013 version, the code structure of the adapter has been upgraded and no features have been changed. Widely used as an Email Application; the Kovair Adapter for Outlook 2013 also includes Task Manager and Contact Manager. Outlook is basically a Personal Information Manager that comes with Microsoft Office Suite. Kovair Outlook Adapter connects the ALM tools with Outlook application enabling team members to add Requirements, Defects, and Change Requests to respective ALM tools directly from Outlook.

Redmine is a free and open source tool used for web-based project management and issue tracking. The latest adapter version can now support dynamically generated custom fields as well as Watcher fields. The adapter offers primary support for entities like Feature, Bugs, and Support. When the tool is integrated with Kovair adapter for Redmine 3.4.6, data related to these entities can be directly fetched from the Redmine tool to other related project management tools. Kovair adapter makes the integration interactive through the synchronization of attachments and notes as comments. In addition, the Kovair adapter also supports entity reflow, wherein the user can reflow those items from Redmine that have not yet reached the target tool despite integration.

Kovair Global Adapter can now offer support for any HP ALM tool version. The global adapter will support integration with HP ALM Version 12.53,12.50,12.01,12,11.52,11. HP ALM is an all-in-all ALM suite for development teams, as it has all the core ALM capabilities on its own. When integrated with the Global Adapter, it enables users to manage requirements, releases, test folders, tests, test steps, defects, Run, Run Steps, Design Step across heterogeneous tool setup with the need manual intervention or traditional spreadsheet-based project management.

Primarily used as a document management and storage system tool, SharePoint 2010, when integrated with Kovair adapter can integrate the tool with other ALM tools, proving users with adequate knowledge and resources. Kovair SharePoint 2010 adapter has support for two primary entities namely Custom Lists and Shared Document as well as Many-to-Many field relation support between the entity records. Users can add, modify, delete. Kovair adapter makes the integration interactive through the synchronization of attachments and comments. In addition, the Kovair adapter also supports entity reflow for both Custom List and Custom Document type entities.

This a new UI / UX improvement on how users can relate records of one entity with the records of another entity quickly from the Relation Section. Prior to 9.2, when users wanted to related entity records from within a record, a pop-up box would open containing the entity list page. In 9.2 version, the slide-open dialog box is the latest alternative option from where users can relate entity records. This gives uses the option to decide the way they the entity records to be related. The slide-open dialog box will slide open instead of popping up as compared to the previous versions. A sliding dialog box takes only a small portion of the space and not the whole page, thereby enhancing visibility of the View Work Items page. The benefit of such an enhancement is that users can quickly select the record of related entity and add it to the Relation section, while keeping track of the records that have been added to the list. This option is also available from the list page of any entity. 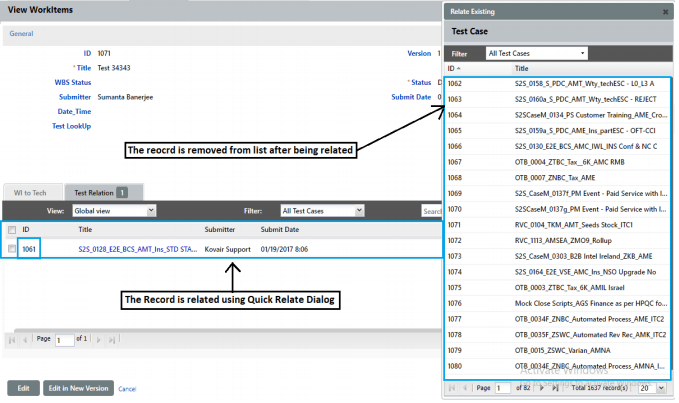 In 9.2, improvements have been made to the UI / UX of the Task Scheduler. Compared to the previous versions, the functional buttons available on the top of the Task Scheduler page that were once textual have now been replaced with iconic buttons. In addition, there has been certain functional changes as well, which are as follows —

Kovair 9.2 has introduced an additional rendering option for lookups. That is — if a lookup is created by checking the option ‘Show Individual Items’ and a multi-valued lookup field is created with that lookup, then a checkbox for enabling Single Row Display will appear in the Edit Field Properties of the form section. If a Single Row Display is checked, then the lookup field will be rendered row wise if the lookup field has less than or equal to 15 lookup values. The provision for single row display of checkboxes will only be applicable if the user checks the Multi-Valued option during field creation. If the option has not been checked, then the lookup values would be displayed vertically along with radio buttons.

Prior to 9.2, Kovair Form if selected as tab view, the entire application pane was splitted into half where the top part displayed the first form section where the rest of the sections appeared in individual horizontal tabs. The tabs always occupied 50% of the screen and the users had less visibility to the upper form section. Now in 9.2 this design has been changed. Now all tabs appear at the top without occupying any of the space for its contents. Clicking on one, would open its contents utilizing the space of the displayed form section. 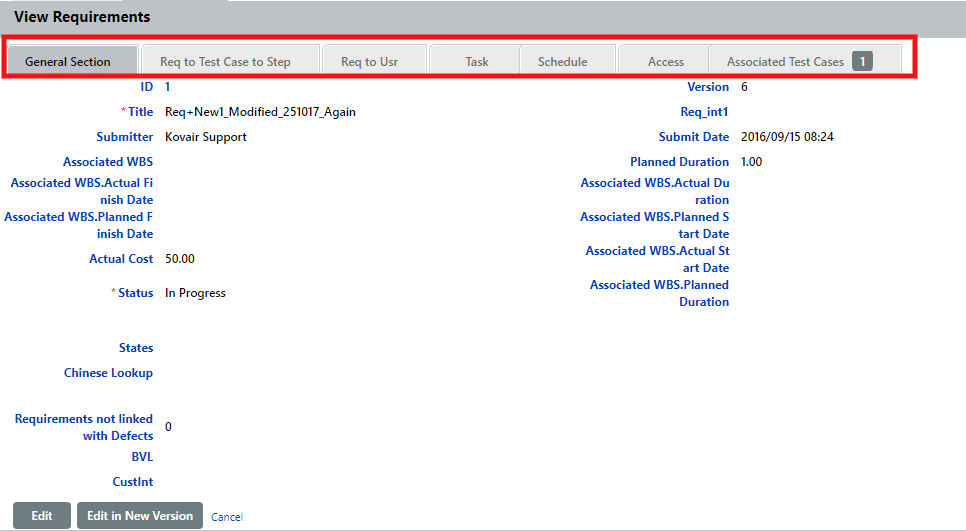 Assigning a user to a workspace has now become one-click easier with Kovair 9.2. While prior to 9.2, users could only be assigned from the Site Setup Mode, users can now be assigned directly from the Workspace level.

This has made switching from Workspace to Site Setup level to assign a user less lengthy and tedious process, especially in matters of urgency when someone is already working at the Workspace Level.

Prior to 9.2, assigning users to workspace could be done from Site Setup Level only

Major Bugs Fixed in this Release