Dynatrace is an Application Performance Monitoring (APM) tool to analyze the performance of application servers, database servers, and web services.

‘Kovair Dynatrace Adapter’ allows one to integrate Dynatrace tool with best-of-breed ALM tools within Omnibus ecosystem. As a result of the integration, metrics monitored from Dynatrace tool can be traced and analyzed in Kovair or any analysis tool.  This integration brings Kovair DevOps solution to capture application performance data as well as data related to network, containers, servers, hosts, cloud.

Let us consider a typical use case scenario where the Kovair Dynatrace tool is integrated with tools like Remedy/Service Now, JIRA, Eclipse, GitHub, Jenkins, and Kovair application using Kovair adapter for Dynatrace and Kovair Omnibus. 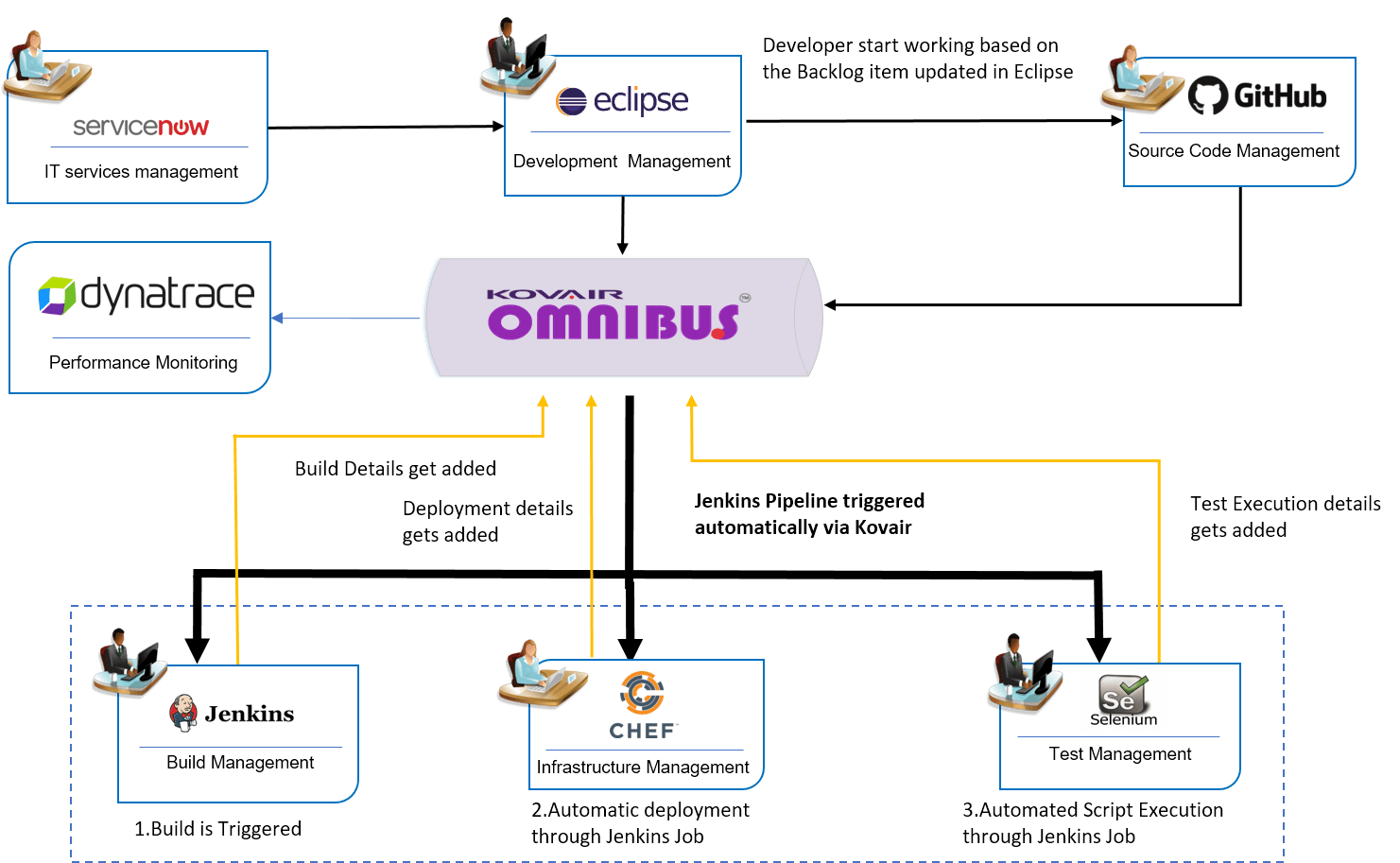