Docker is a set of coupled software-as-a-service and platform-as-a-service products that use operating-system-level virtualization to develop and deliver software in packages called containers.

Monitoring and Managing continuous application deployment and delivery is an important step towards increased business values.

Kovair adapter for Docker, is designed to deploy and capture data generated from Docker environment. For an existing connected Docker environment when new Volume, Image, and Network related to a Container are introduced or changed the data are track back to Kovair Omnibus platform for monitoring or delegating to other connected tools.

Monitoring of Docker Related Artefacts from Kovair ALM Studio: The primary objective of this integration is to collect Docker metrics about all the containers. In order to get as much efficiency out of Docker as possible, we need to track Docker metrics. Monitoring metrics is also important for troubleshooting problems.

Let us consider a typical use case scenario where the Kovair Docker adapter is integrated with Docker and other ALM tools with the help of Kovair Omnibus platform. 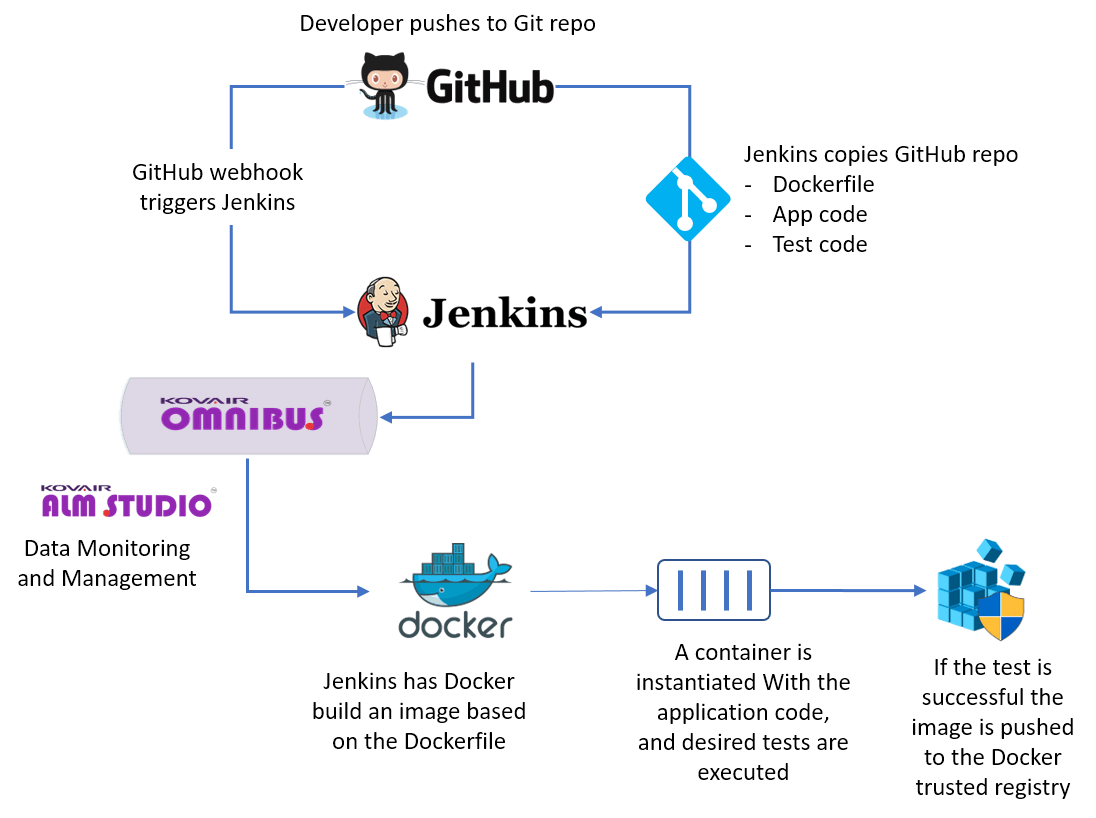