Why Integrate with ARAS Innovator?

Collaboration – As manufacturing organizations strive to reduce time to market and minimize costly delays and rework, integration between PLM and ALM is unavoidable. Thus, establishing traceability between engineering and software objects for BOM and the other change process is vital for the current market. The holistic nature of modern products and their connectivity necessitate a new approach to their development. Kovair Adapter for Aras Innovator exposes key objects like ECR, ECN, Product, Parts, and others.

Use Case example of Kovair Omnibus Integration with ARAS Innovator 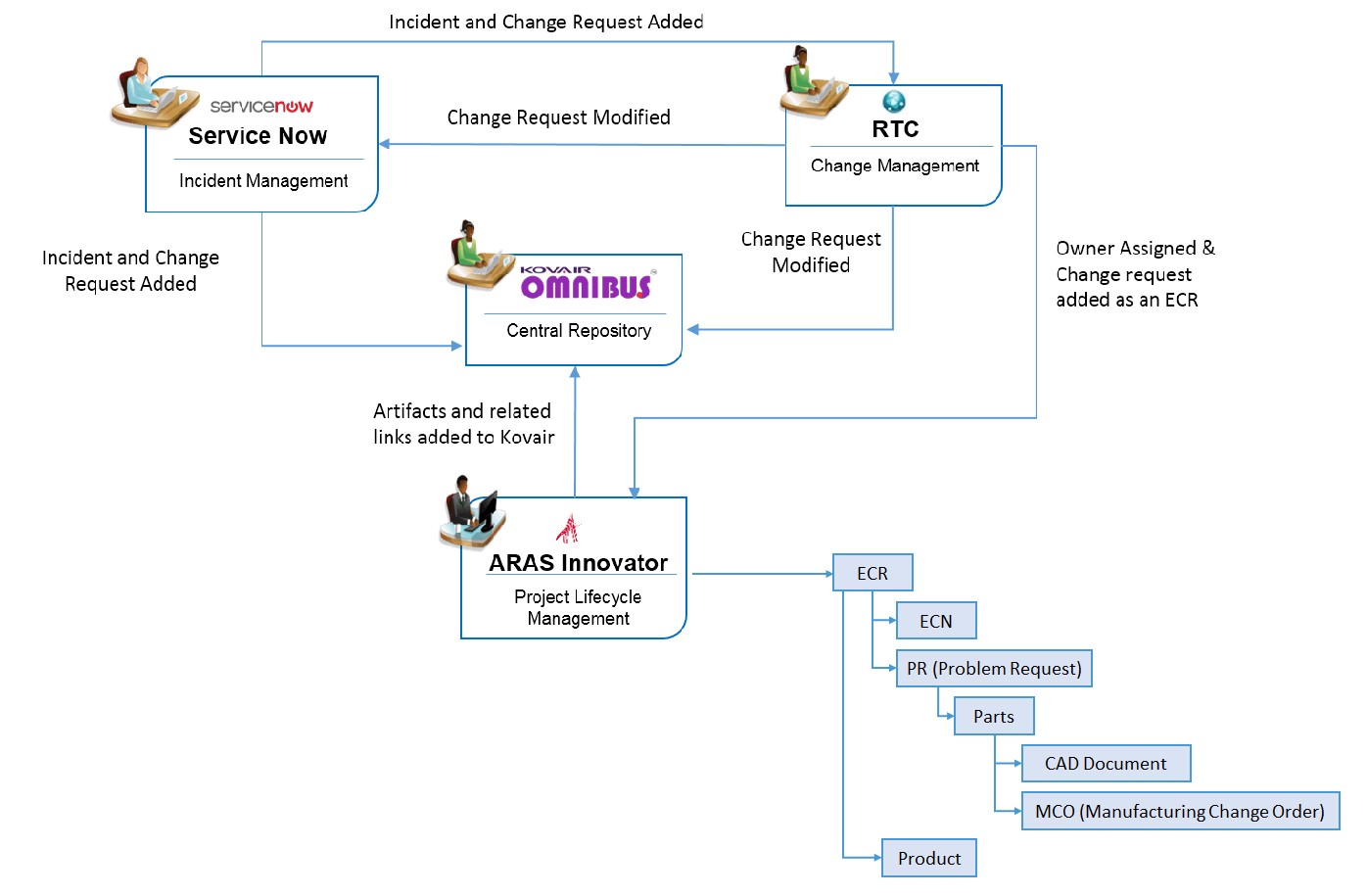 The integration process starts with an Incident and an associated Change Request (CR) being submitted via Service Now. The CR is then synced across to RTC as a CR, where it undergoes a few modifications. The modified CR updated with the latest changes is then synced from RTC to Innovator

In ARAS Innovator, the ECR is broken down into ECN and Problem Report (PR), additional a new Part is generated from the PR. With respect to the Part, a new CAD Document and a Customer.

When the Innovator is integrated with the Omnibus Enterprise Service Bus using the Kovair Innovator Adapter, all the logged artifacts inside the Innovator tool becomes traceable from Kovair platform as well as from other ALM tools that are connected to it.

Thus, based on the work done by the engineering team using Innovator Tool, the entire product lifecycle data can be captured and traced along with corresponding ALM and ITSM tool data, managed by RTC and Service Now respectively.